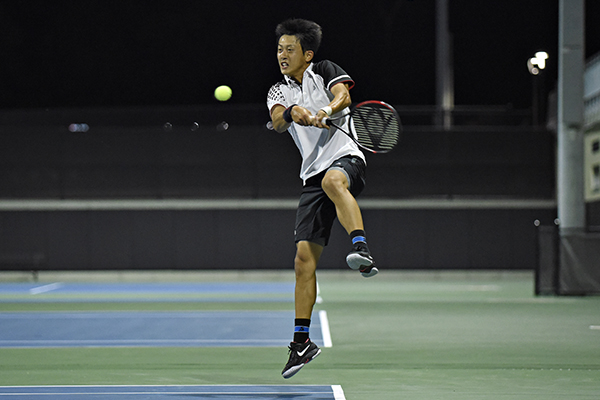 In the morning hours of March 12, 2019, an unsealing of documents in Boston would forever change the life of a respected men’s tennis coach, leaving his No. 3-ranked team without its longtime leader.

Following a nearly year-long investigation into a nationwide college admissions scandal, the FBI revealed charges against 50 people involved in a conspiracy nicknamed Operation Varsity Blues, including Michael Center, former Texas men’s tennis coach. The charges were levied against everyone from Division I head coaches to parents; most revolved around William “Rick” Singer.

Singer gave Center a $100,000 bribe “in exchange for which Center would designate a student as a recruit to the (UT) team, thereby facilitating his admission to (UT),” as the complaint against Center stated.

By early afternoon, Center was walking down the courthouse steps, still wearing the same burnt orange T-shirt he had been wearing when eight federal agents had arrested him at his home at around 6 a.m. that morning. Part of his focus was still on his team, who had a match later that night against visiting Rice, saying: “Maybe you guys can go cover the team — they’re a lot more fun to cover than I am.”

Within 24 hours, Center would be relieved of his post as head coach, a title he’d held since 2000, and associate head coach Bruce Berque would take his place. Berque, who coached at Michigan from 2004-2014, took over a 14–1 team that looked poised to make a run to the NCAA Championship.

Berque’s message to his team stayed the same from day one.

“When I came in, I told these guys on the first day that it wasn’t going to be about me,” Berque said. “It wasn’t a power trip. I wanted the best for them, and I wanted to help them lead this team.”

Texas didn’t miss a beat on the court, winning seven of its last eight regular season matches. And although a loss to Baylor in the Big 12 Championship final handed the Longhorns their third loss of the season, their message was clear: With or without Center, this team was destined to win.

It was evident even before the Longhorns began their NCAA Championship run. Then-senior Harrison Scott remarked that even after the team’s loss to Baylor, the team was back at practice the next day. Then-junior Yuya Ito talked about how he’d become more aggressive on the court, overcoming his tendency to be tentative in the previous season. And even though weather threatened to move Texas’ early round matches indoors, then-junior Christian Sigsgaard wasn’t worried, saying, “I think we’ll be ready for anything.”

The Longhorns tore through opponents on the road to Orlando, Florida, for the quarterfinals. After toppling No. 9 TCU and No. 4 Florida, Texas was playing in the NCAA Championship against No. 3 Wake Forest.

The Demon Deacons won the doubles point to take a 1-0 lead on the Longhorns early, but just as they had all season, Berque’s squad kept on fighting. Sigsgaard came up with a huge singles win at the No. 1 spot for Texas. Then-senior Colin Markes, who Berque would call “the most improved senior in the country,” gave the Longhorns another point.

In the final match of the season, after Ito saw his opponents’ ball go wide, the Yokohama, Japan, native collapsed on the ground and was quickly mobbed by the entire Texas team, who had accomplished something no other team in program history had done against all outside noise.

And it was Ito who, still breathing heavy from the celebration, gave the nation a window into the resilience of a team that never lost focus on the ultimate goal, controversy aside.

“I’ve played here for three years. We always talked about winning the national championship,” Ito told Andy Katz just after the match ended. “I just believed. I sometimes felt discouraged, but I just tried to believe that we could win it and it happened. I feel like I’m dreaming right now.”