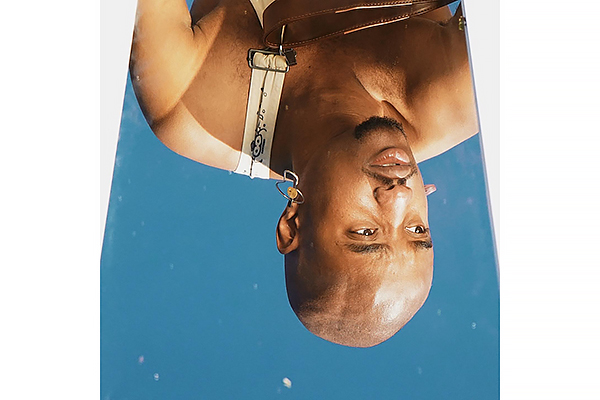 Mike Melinoe, Austin-based musician, visual artist and model, started his music career as a rapper in Detroit, Michigan. Since moving to Texas, he has worked on developing his sound with a musical style ranging from hip-hop to alternative and R&B.

He was scheduled to perform at South by Southwest, marking his fifth year at the festival. Upon receiving news of the event’s cancellation, Melinoe sent an Instagram message to the Texan with a tone of resilience and positivity.

“We plan to win and prosper year around,” Melinoe said. “It’s more of a letdown for the city of Austin just knowing how much revenue is accumulated during that week.”

Melinoe spoke with the Texan two weeks before he was scheduled to perform at SXSW.

The Daily Texan: Tell me about your vision as a musician and your most recent album, CLADIJU.

Mike Melinoe: CLADIJU is basically an acronym for “Currently Laughing At Jokes I Don’t Understand.” It’s a realm that I believe I’m currently in and have been in since I traveled out here to Austin. Basically, it’s like you get into these conversations or oval rooms or offices or meetings or mixer events where you literally have no idea who these people are, but you’re functioning in a space where … everyone is greeting you and welcoming of your presence. But I’m from Detroit, Michigan, and I’m not used to this stuff. This is a new world I’m introduced to and trying to adapt (to) while also making the right art and the best art for my future and current audience.

MM: It’s definitely a humongous change … Back in Detroit, I had no vision into singing. I didn’t even have the confidence. I was just in a space like, “Well, I’m going to rap and get my rap songs, and hopefully I build amongst that thought process.” Ultimately, moving to Austin and gaining confidence … my music has gotten better, I started singing more. I was literally just rapping on beats back when I was in Detroit. I had a couple of songs that were a bit more groovy and had a little tone and movement. But once I came out here, I went full-fledged with it.

DT: Are the music communities in Austin and Detroit similar or totally different?

MM: It’s similar because you still have creatives of every style possible. But Detroit has a wide range of creativity amongst the city, but the competition — in my opinion, there’s 20 times more competition. Here in Austin, there’s competition, but it’s more of a friendly competition. You feel it, but it’s not necessarily like I’m cutting your head off in every moment. It’s really a mentality thing … but Detroit is really a jungle. So when you grow up in that experience, in that world, it only expands on whatever age or creativity or career you indulge in throughout your life.

DT: Do you intend to stay in Austin for a while, and do you know what you want your music to sound like in the future?

MM: I definitely plan to stay in Austin for a little bit. I actually like Austin; it’s a cool place … I will continue to create as much as I possibly can from soul music, R&B, alternative hip-hop, hip-hop, rap lyrics, all that. I see my potential (in a Drake status). I’ve got to do the work, of course, but (there’s) definitely a lot of potential.