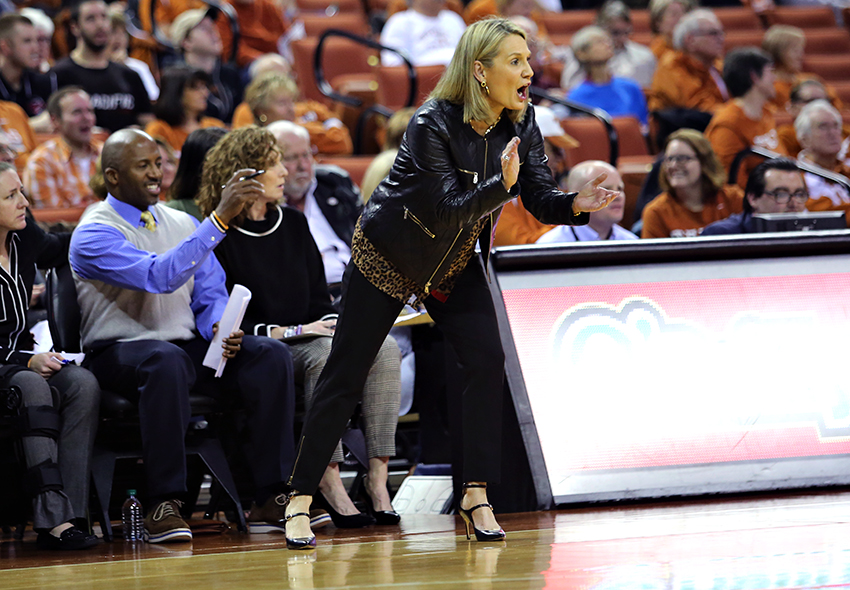 The University of Texas has decided to move on from women’s basketball head coach Karen Aston for the 2020-21 season. Aston’s contract, ending on Aug. 31, will not be extended, Texas Athletics Director Chris Del Conte announced in a statement Friday.

“This was an extremely difficult decision as Coach Aston’s contract was up and we put a great deal of thought into it,” Del Conte said. “We can’t thank Coach Aston enough for everything she’s done for the University of Texas and our Texas Women’s Basketball program.”

Even with this success, Aston finished her time at Texas 1–18 against perennial Big 12 powerhouse Baylor, who has won eight of the last nine Big 12 Championships.

Del Conte said after much evaluation and review, Texas decided to part ways with Aston in order to meet their “continued goals to work to contend for conference championships and NCAA elite status.”

Texas’ decision to move on from Aston comes a year after the Longhorns exited the 2018-2019 NCAA Tournament after the first round, and nearly one month after Texas finished the 2019-20 season with a 19–11 (11–7, Big 12) record before the postseason was canceled due to COVID-19 concerns.

Del Conte said Texas will begin an immediate search for Aston’s successor, who will become the fifth head coach in the program’s history.

“For our student-athletes, staff, letterwinners, fans, alumni and donors, we recognize the challenge of making a change in this particular springtime,” Del Conte said. “But there is never a right time for a decision like this. We feel it is in the best interest of our program to move forward now and establish new direction for the 2020-21 season.”