A man without a country 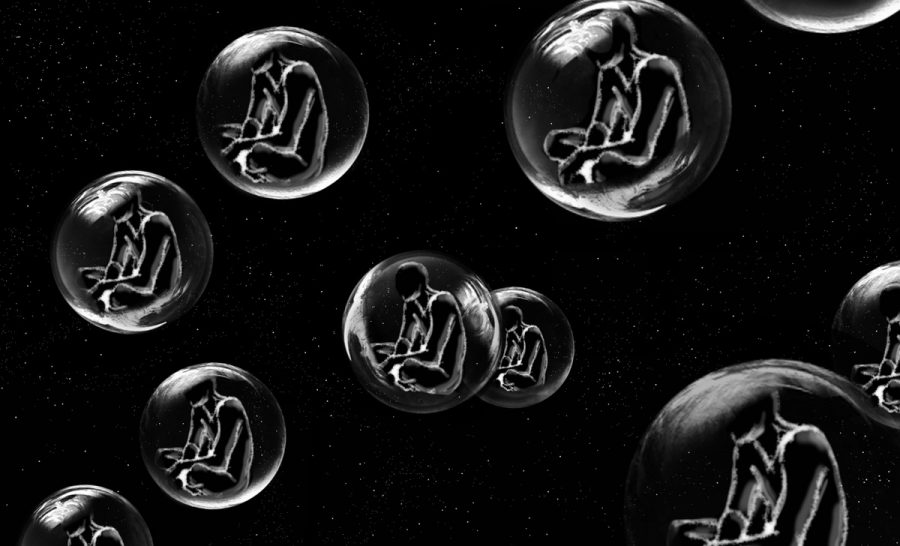 I came to Texas in January 2020 to study at the University of Texas School of Law. The long planning and concentrated desire of finally getting here is hard to put into words. I guess I wanted what everyone else wants when they come to an American college: bragging rights back home.

I graduated law school back in Argentina at the age of 24 and went immediately into a master’s degree knowing that if I did things right, I would be able to come to the U.S. as an exchange student. I could get the chance of studying here without paying the outrageous amounts that it requires to actually study in America.

Now, I don’t mean to portray that I had more of a struggle than the average Latin American student. But for you to grasp my situation, when I started saving up for this trip, 1 U.S. dollar equaled 40 Argentine pesos. By the time I arrived here devaluation and inflation made the ratio 1 U.S. dollar equaled 82 Argentine pesos. Ouch, right? Well, being a first-year practitioner fresh out of college, I figured that’s what people call “the hardship of becoming an adult,” and we all got to go through it if we want to achieve our goals. Boy was I right.

The first months here were a dream that came to life for me. The experience of an American university, and a great one like UT was just overwhelmingly amazing. I was living in a co-op. I was one of the oldest ones there, the place was mostly packed with 20-year-old European kids who were more concerned with getting their hands on a fake ID and going down to 6th Street than any type of college-related activity.

I realized quickly the difference between them and me. I felt like I was playing my last hand. In the length of the semester I had to manage to get an A in every subject and network as much as I could so I could hopefully get a job somewhere else in the world and leave Argentina for a more stable place.

I have to admit, I despised my home country. I felt all my life that it had done nothing but hold me back. And how could I not, from the dictatorship that taunted my parents and exiled my uncles, to the constant economic debacle that over and over frustrated my plans. It was hard to guess that a couple of weeks later all I would want to do was come home.

At the School of Law, I was in a constant state of wonder. I had to pinch myself to believe I was actually there, studying in America, with greatly accomplished professors in this beautiful city.

I was a Longhorn, and even more than that, I fit in there. My presence wasn’t questioned. People weren’t looking at me like, “Who let him in?” I was nailing this role of the international lawyer that I was trying to project myself with. You almost couldn’t see a trace of the desperate-third-world-country-recent-graduate-ambulance-chasing attorney in the making.

I got an old rusty bike that was left behind by an international student and fixed it myself. I had my books, some good friends and things were going great.

And then one dark day in March, two days before my 26th birthday, that little problem over in China, and then over in Italy and Spain had been officially upgraded to a worldwide state of pandemic.

Just like that, the amazing university changed overnight to a Zoom class planned less than a week in advance. Oh, what a trade. The accomplished professor switched to an image on the other side of a metallic-sounding microphone and those As switched to pass/fail classes.

The friends all went back to their homes either somewhere in Texas, the U.S. or even Europe. And me, well I want to go home, but sadly my country closed its borders even to nationals. I’m still very much in Austin, in the U.S., the new epicenter of the pandemic. The bike rides through campus are replaced with weekly trips to H-E-B, keeping 6 feet away from other shoppers. I still have no idea how much it is in meters, but I just wing it. I haven’t been called out for standing too close to somebody yet.

As of today, I still have no idea when I’ll be able to return. The embassy has offered me little to no help, at one point suggesting that If I didn’t have a place I could “sleep in the airport,” which just reminds me how much I despise my country — but hell if I don’t want to be home In the middle of all this madness.

So from UT to UT online, from international lawyer to a man without a country and from wanting to leave Argentina forever to dying to go back, this was the trade imposed on me. I guess that’s what happens to everyone when they grow up. Life takes things from you and it doesn’t really ask your opinion on it.

Still, the memory of riding through campus in the morning, swinging by the UT Tower, heading for class, will forever be one of my happiest.