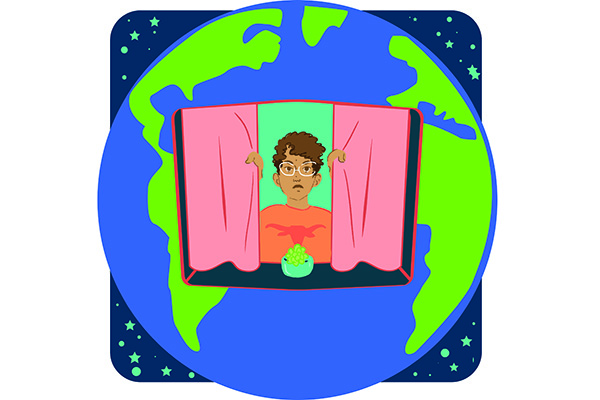 After applying months in advance and spending the semester preparing for their trip, many students were left disappointed when all study abroad trips were canceled for the summer due to COVID-19 concerns.

For students in the international relations and global studies as well as the international business programs, which require students to study abroad, the cancellations were more than a letdown — they could prevent them from graduating.

IRG senior Sarah Haque planned on studying in Paris and said the program would not only fulfill the study abroad requirements but also give her the upper-division French credits she needs to finish her degree.

“It's almost virtually impossible to find those online, and I don't want to take them at UT because I'm not confident in my language abilities,” Haque said. “I didn't want it to reflect on my UT GPA. Right now, there seems like there's nothing we can do.”

Haque said her study abroad requirement has been waived, but she is still waiting for information about her French credits.

IRG Director Michael Anderson said the department is working with students on an individual basis to address these problems but has not issued a blanket policy.

Because it’s an important part of the program, Anderson said study abroad is still required, but can be waived for individual students based on time to graduation. Anderson said the department can discuss possible options with any student, regardless of their year.

“If they were hoping to graduate this spring or summer, there's only so much they can do,” Anderson said. “But the students who have some more time, there are still opportunities for other programs. Time will tell just how available those are going to be.”

IRG sophomore Mahina Adams was set to go on a study abroad trip in Argentina to get credit for IRG 320F, one of the department’s required classes. Although she said she’s lucky she still has time to study abroad, the cancellation has pushed back her four-year plan.

“Next summer I was going to do a domestic study, but now I have to do the study abroad next summer,” Adams said. “I wanted to graduate a semester early, but now I'm probably not going to because (of IRG 320F).”

Anderson said IRG 320F will be available to take online over the summer. As of publication, Adams said the class was full, but the department is trying to make more spots available.

For students who plan on studying abroad next year, Education Abroad Director Heather Thompson said students will have to reapply due to GPA and disciplinary checks but will be refunded any fees paid for this year.

“We are still working on the process for next year’s admissions in light of this unprecedented global public health crisis,” Thompson said in an email. “The IRG department is working very closely with Texas Global to ensure that IRG students and other students with study abroad requirements are not disadvantaged as a result.”

International business junior Sydney Samuel said she will likely not be able to reapply to study abroad because of the job searching and networking she must do in the United States in the upcoming year. She said she may have to change her major to graduate in time.

International Engagement Director Deirdre Mendez said the international business department is considering a number of options on a case-by-case basis, including waivers, and wants to ensure that students do not lose any credentials they planned on having.

“We're considering alternative ways of getting intercultural experience because there are many ways that don't necessarily require a physical study abroad,” Mendez said. “We want to make sure we give students the richest possible experience.”
Although Samuel is still trying to figure out the best way to move forward, she said she understands the situation is out of the administration’s control.

“This is a time of confusion,” Samuel said. “It's just kind of sad when you have a major solely based on reaching out to other cultures or building the gap between your culture and another one, and you don't get to do that when a pandemic breaks out.”