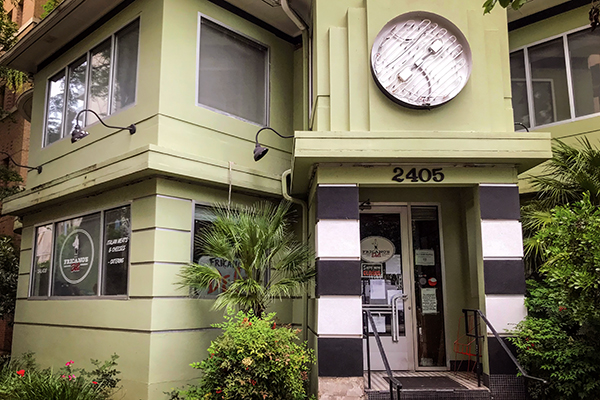 Fricano’s Deli, a well-known sandwich shop open for 14 years total and nine in West Campus, is shutting down permanently after closing business due to the coronavirus pandemic.

Deli co-owners Paul Fricano, DeeAnne Bullard and Jamil Muhaisen announced the closure via Facebook on Tuesday. The owners will host a live auction of Fricano’s memorabilia at 7 p.m. Friday on Facebook. All of the proceeds will go to their employees, they said.

“It was basically me (owning Fricano’s) for the first year and a half,” Fricano said. “After about six months, it really took off.”

Fricano said the owners never wanted their business to end, but the money they make in the spring helps them through the summer when students are away from campus, which is no longer an option.

“(Closing) was absolutely because of COVID, and I think you will find this to be the case with a lot of restaurants that haven’t announced they’re closing yet and a lot that have,” Fricano said. “You can’t shut down a restaurant for months. Even the most successful restaurants don’t have that kind of capital.”

Fricano said the deli was at the height of its business when the coronavirus struck.

"We had lots of merchandise to keep up with and then, suddenly, one day to the next, (the business) was all gone,” Fricano said. “So, you still have to sell this and worry about your employees, which has been my biggest concern.”

Physics freshman Cassidy Reis said she was sad to hear Fricano’s is closing and does not think she will find another place like it.

“You can tell just by looking around the dining-in area that Fricano’s is very interested in Austin and (the) UT community,” Reis said. “I remember I saw an old poster that was promoting a college student Battle for the Bands from the 2000s, and I couldn’t help but think about all the memories and impact the deli has had on our student body.”

Reis also said it makes her upset to see other small businesses around Austin close as well.

“I imagine (small businesses closing) is also due to it being hard to compete with large corporations,” Reis said. “These small hole-in-the-wall and mom-and-pop type shops are what makes Austin so unique and keeps Austin weird.”

“They had such great food options that were affordable,” Vadrevu said. “I’m devastated it closed. I need to come back to Austin to move out of my apartment and was definitely planning to visit Fricano’s when I came back. It means a lot to me and to a lot of UT students.”

Fricano said he doesn’t want to say the deli will never reopen, but chances of reopening are highly unlikely.

“To reopen at that location, it would be like starting from scratch,” Fricano said. “People loved the deli, and it became a neighborhood hangout. That was always my mission, to make everyone comfortable and get to know them.”