Netflix’s ‘The Half of It’ tackles issues of sexuality, racism in newest coming of age film 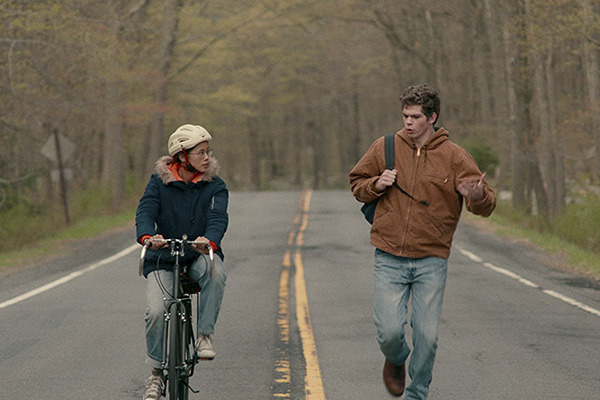 Netflix’s “The Half of It” tackles what it looks like to question your sexuality, racism and sausage tacos, without falling back on stereotypes.

Ellie Chu (Leah Lewis) is a senior in highschool and, in exchange for cash, writes essays for her peers who otherwise ignore her. Then, she receives an odd request from Paul Munsky (Daniel Diemer). He wants to pay her to write a love letter.

It becomes obvious Ellie has a crush on the girl Paul has set his eyes on: Aster Flores (Alexxis Lemire). Regardless, she tries to help him win Aster over in an elaborate catfish scheme.

Lewis’s portrayal of Ellie is rife with honesty as she struggles with her sexuality. Ellie’s feelings for Aster appear genuine as she rambles on about her and awkwardly freezes when they’re together. Her sexuality is never labeled and shown not through a sudden shift, but a gradual journey to self-acceptance. Ellie’s sexuality is not her whole story, as the film crafts multiple layers to her backstory and personality that often is not seen with LGBTQ characters.

Eventually, Paul becomes Ellie’s best friend. His obsessions with football and french fries drastically contrast her affinity for music and literature. Though his interests are stereotypical, he is innocent and good-natured. Their relationship becomes more than a business deal, and they help each other as the film progresses. Paul has an in-depth backstory without overshadowing Ellie or taking the focus away from the central plot.

While the movie does an okay job at not making Aster totally flat, some parts of her story are lazily unexplained. The film would have benefited from explaining her struggle with sexuality and characterizing her beyond the typical pretentious girl in a small town. The movie also forgets she has a boyfriend for the last two-thirds of its runtime, which sometimes makes her hard to root for.

Ellie’s dad, Edwin Chu, has a refreshing sense of depth for a secondary character. Edwin (Collin Chou) appears to have lost the drive to do much after his wife passed, and he couldn’t get the job he wanted.

He has limited interactions with both Ellie and Paul throughout the movie, speaking mostly in snippets of English. At the end of the movie, he speaks in Mandarin to Paul in a heartfelt monologue where he tells his story of loss and uncertainty. This monologue wasn’t for Paul, who doesn’t speak Mandarin, but for the audience to understand Edwin’s experience as an immigrant father of a teenage girl.

The film addresses several societal issues in a natural and beautiful way. Religion and homophobia are dominant topics used to acknowledge the internal struggle many LGBTQ identifying people have with the church. It successfully addresses both without being exploitive or insensitive.

The movie also tackles racism and discrimination. Several scenes show Ellie as she is subject to microaggressions from her peers. Some dialogue is clearly racist, like when a group of boys yells “choo choo” at her. Other instances are more subtle, like when she is referred to as “the Chinese girl.” Ultimately, the film successfully makes the audience aware of the racism Ellie faces, while accurately portraying what microaggressions often look like today.

Overall, “The Half of It” is a refreshingly diverse and wholesome coming of age movie. Written and directed by Alice Wu, a gay Chinese American, Ellie Chu is one of few LGBTQ Asian leads and is an amazing example of how Hollywood can portray the stories of minorities while allowing them to be more than just their identities.