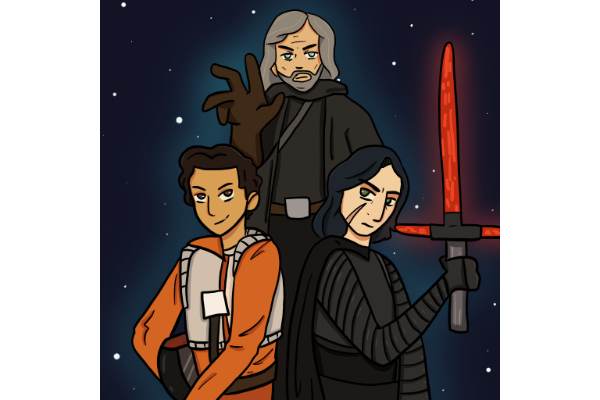 As the final entry in “Star Wars: The Skywalker Saga” came to a close last winter with “The Rise of Skywalker,” the franchise’s greatest stars are seeking out new opportunities in the world of film and television.

To celebrate “May the Fourth,” the Texan has compiled a list of upcoming projects featuring your favorite “Star Wars” actors.

Daisy Ridley gave a strong and empowering performance as Rey in the newest Star Wars trilogy. While her time with lightsabers may be over, Ridley is diving into yet another thrilling role. Ridley has completed shooting on the dystopian thriller “Chaos Walking,” which sees her sharing the screen with Tom Holland. The film is currently slated for a 2021 release. Additionally, Deadline has stated that the actor is being considered to star in the mystery thriller “The Ice Beneath Her.” The film is based on Camilia Grebe’s novel which follows a detective investigating a mysterious beheading in a business man’s home. The novel is similar in tone to “Gone Girl” and “The Girl On The Train,” according to Deadline.

Oscar Isaac entered the “Star Wars” universe with his quirky and charming portrayal of pilot Poe Dameron. His exposure in the galaxy-bending universe has continued to lead him to receive bigger acting opportunities. His most notable upcoming project is director Denis Villenueve’s interpretation of “Dune.” “Dune” is a sci-fi adventure based on Frank Herbert’s famous novel of the same name. The novel was adapted once before by acclaimed director David Lynch in 1984 but was not received well by critics. In Vellenueve’s “Dune,” Oscar Isaac will portray Duke Leto Atreides. “Dune” is currently scheduled for a 2020 release date, but is subject to change.

Mark Hamill, AKA iconic hero Luke Skywalker, has paved a way for himself in the voice acting industry through notable characters such as The Joker and Chucky (2019). Hamill will now voice the iconic villain, Skeletor, in a reboot of the “Masters of the Universe” animated series. The show, co-produced by filmmaker Kevin Smith, is said to continue the storylines created in the original series. Additionally, Hamill is the voice of Bardle, a monster who helps guide human survivors, in the second season of Netflix’s animated series “The Last Kids on Earth.” The series follows a group of kids who face off against monsters in a story based on the novel by Max Brallier.

Adam Driver, who is the main antagonist Kylo in the new trilogy is currently slated to star in “Annette” as a stand-up comedian who falls for an opera star. The film is to be “told almost entirely through song,” according to IndieWire. Driver is also set to star in “The Last Duel.” The film is a historical drama about a duel between a knight and a King’s squire. Ridley Scott (“Alien”) is set to direct, with Ben Affleck and Matt Damon also starring, although production has been halted by COVID-19. Additionally, Driver will be in director Jeff Nichols’ “Yankee Comandante.” The film is based on a New Yorker article written by David Grann about two people who became comandantes during the Cuban Revolution, according to Variety. Adam Driver previously worked with director Nichols on “Mud,” which also starred UT alumnus Matthew McConaughey.