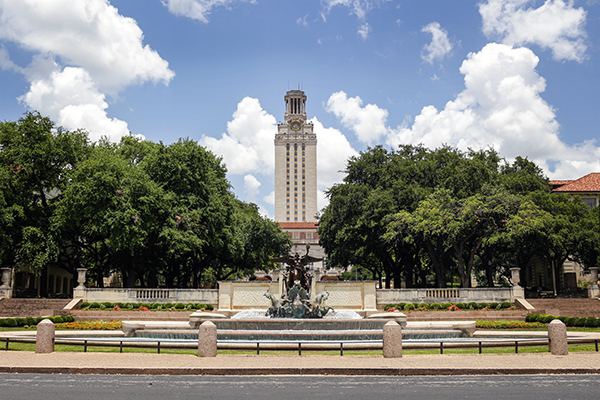 Students armed with petitions garnering thousands of signatures are calling on the University to take steps toward racial justice.

The petitions created by individual students and student groups, including NAACP Unit 6888-B and the Association of Black Computer Scientists at UT, culminated in a community statement from UT Senate following the police killings of George Floyd, Breonna Taylor and Michael Ramos and nationwide protests.

“Have UT Austin acknowledge its Racist History and Vow to make Reparations” garnered the most traction with nearly 16,000 signatures by Monday on change.org. The petition calls for the renaming of buildings named after people who had racist or segregational views, such as Robert Lee Moore Hall, T.S. Painter Hall and buildings and landmarks named after the Littlefield family and James Hogg.

“The most important thing that the UT administration can do right now is to act fast,” said business management sophomore Anwesha Ranabijuli, who created the petition. “Change needs to be made now if it’s to be made ever.”

Last Friday, student-athletes made national headlines when several of them released a list of requested changes for campus and athletics programs. In response to the athletes’ and student bodys’ demands, UT Interim President Jay Hartzell announced Monday he is setting up meetings with students, including Black student organizations and athletes, to hear their concerns and ideas.

“Working together, we will create a plan this summer to address these issues, do better for our students and help overcome racism,” Hartzell said in a statement Monday.

UT Senate’s community statement, which holds over 3,700 signatures, asked for eight changes, including divestment from the UT Police Department and the Austin Police Department, incorporation of land acknowledgement into UT programming, discontinuing use of “The Eyes of Texas'' and the renaming of buildings with racist namesakes.

The petition also calls for a required module of UT’s racial history, similar to AlcoholEdu, an online curriculum incoming freshmen must complete before registering for classes. Audra Collins, president of the Association of Black Computer Scientists and petition contributor, said she is reminded of UT’s racist history when entering buildings such as the RLM.

Brett Dolotina, senate appointee to the president’s Student Advisory Committee, said their request for police divestment was based on the University of Minnesota cutting ties with the Minneapolis Police Department, and resources would be reallocated to initiatives including social work and mental health resources.

“We realized that the entire structure of policing as a whole is something that does not provide safety,” said Dolotina, a biochemistry and public health senior.

The petition by the UT NAACP focuses on reallocating UTPD funds to community-based policing, education and West Campus safety resources to eliminate police as a default response to disturbances, such as drunkenness.

“I can guarantee you that campus is going to be different when we step back on,”said Kiara Kabbara, NAACP president and government junior. “People are actually having a chance to step away from what their reality is and seeing what’s actually happening.”