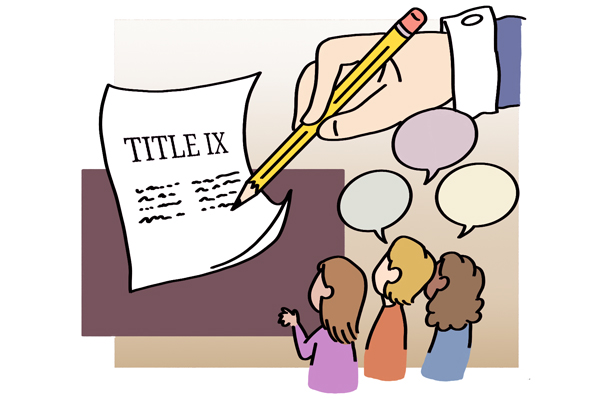 The U.S. Department of Education’s new Title IX regulations went into effect Aug. 14, and all public universities must create new policies to be in compliance. Some policy changes include universities no longer being required to investigate off-campus incidents and adding live hearings for every investigation.

Title IX coordinator Adriana Alicea-Rodriguez said the University will continue to investigate off-campus incidents. When handling cases, the University will also use the “preponderance of evidence” standard, which requires less proof, over the optional “clear and convincing” standard from the new regulations, which requires a higher burden of proof, Alicea-Rodriguez said.

Some students have criticized the new federal regulations for supporting universities and respondents over survivors of sexual assault, such policy as the addition of live hearings and cross-examination to the investigation process. The University has previously only held live hearings in appeals.

Universities must conduct a live hearing between the complainant and respondent, overseen by a neutral hearing officer. Both parties are represented by an adviser, who can cross-examine the other party and any witnesses involved. There are few limitations surrounding the adviser position, so it is possible for a friend or family member to be a complainant’s adviser.

Some students are concerned this could lead to survivors being cross-examined by their abuser’s family and friends. Alicea-Rodriguez said the University’s new policy has taken steps to avoid this.

“(The live hearing) is not an open process where you can just ask about anything,” Alicea-Rodriguez said. “We have to stay, I like to say, ‘within the four corners.’ What is the reason why we're having this hearing, and what is the alleged conduct that has been discussed?”

In accordance with the recommendations, Title IX matters have been centralized into one office from the previous three. Alicea-Rodriguez said the new office has developed three grievance tracks to address Title IX complaints.

Track C will address all other types of conduct, such as sex discrimination and inappropriate or unprofessional conduct.

Alicea-Rodriguez said the new Title IX office wanted to include both the Husch Blackwell recommendations and the federal regulations.

“When we developed this policy, we actually made sure that both were hand in hand,” Alicea-Rodriguez said. “You have to see the federal regulations as the floor and the Husch Blackwell recommendations as our ceiling, where we strive to improve.”