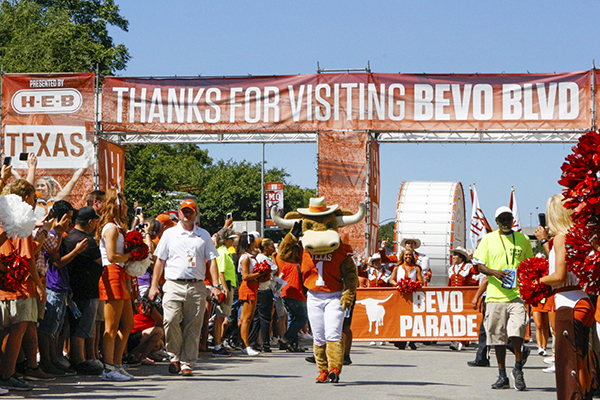 Texas Athletics will not permit tailgating at any home football game this fall, and the Longhorn Band will not perform at the Sept. 12 home opener against UTEP as part of UT’s COVID-19 safety measures, Texas Athletics announced Wednesday.

Texas Athletics announced last month that on-field performances of any kind would not be allowed. On Wednesday, it said the extent of the Longhorn Band’s participation at future home games will be determined at a later date as more data is gathered.

Texas Athletics will not host Bevo Blvd., Smokey’s Midway and Longhorn City Limits, three free game day experiences UT has hosted since 2018. The Frank Denius Family University of Texas Athletics Hall of Fame will be closed to fans this fall, Texas Athletics said in the statement.

UT will also switch to cashless transactions, not allow spirit squads to use megaphones and eliminate “most on-field gameday elements including marching band performances, Hook 'Em Herd, and other on-field promotions.”