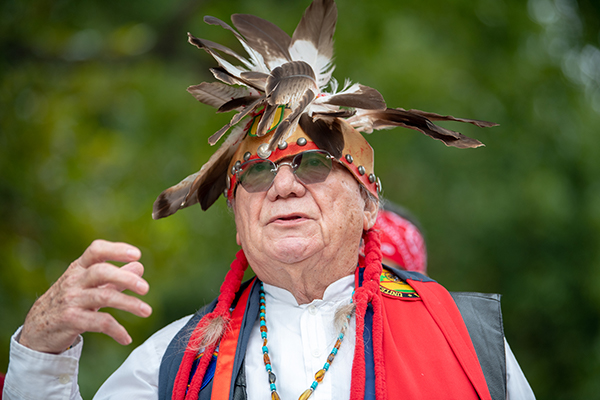 UT will seek guidance from the National Park Service to offer Indigenous remains requested by the Miakan-Garza Band for reburial, according to a letter from University President Jay Hartzell.

The University plans to request a recommendation from the Native American Graves Protection and Repatriation Act Review Committee, according to the letter, which was provided to The Daily Texan by María Rocha, executive director of the Indigenous Cultures Institute. University spokesperson J.B. Bird said the timeline for the decision will be decided by the committee.

“The University of Texas at Austin respects the indigenous people who live and have lived in Texas and recognizes the spiritual and cultural significance of interment of their ancestors,” Hartzell said in the letter.

The tribe requested three remains in March 2016 and was denied July 7 by the Texas Archaeological Research Laboratory because the University did not find evidence of a shared group identity between the tribe and the remains, according to previous reporting by the Texan.

A group of Indigenous UT students met Friday with Hartzell to discuss the return of the tribe’s remains and injustices Indigenous students face at UT, Rocha said in an email. Hartzell sent the letter to Mario Garza, cultural preservation officer for the Miakan-Garza Band, Friday afternoon, Rocha said.

The Miakan-Garza Band also hosted a teach-in and ceremony at the Texas Archaeological Research Laboratory on Sept. 7 to urge the University to return the remains.

“We are committed to honoring your cultural and religious perspectives, while continuing to follow the established legal procedures outlined in federal law,” Hartzell said in the letter.