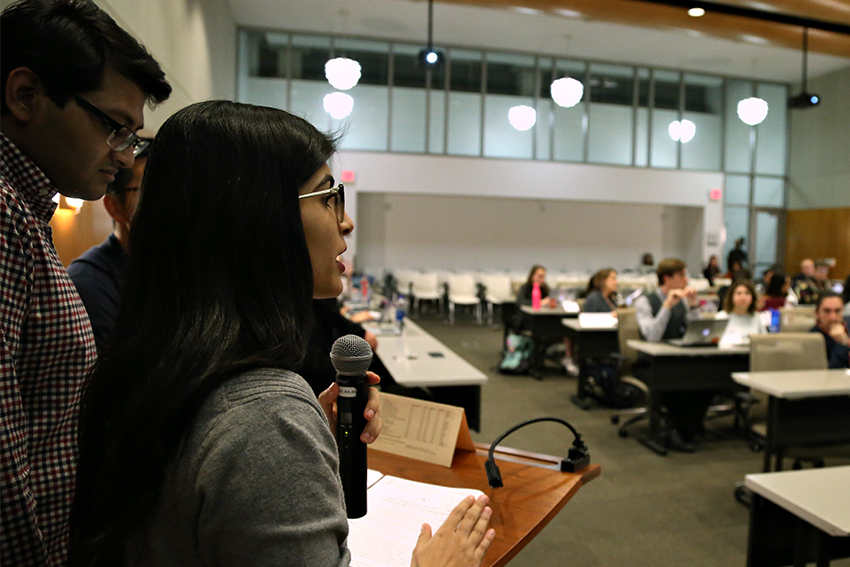 Student Government agencies added new appointees to their teams last week and are beginning to plan initiatives and events for the year to help and protect marginalized groups on campus.

“We're trying to recruit poll workers … because originally a lot of people who work the polls were older individuals, but now they've taken off for health conerns,” said Valmiki, government and marketing senior.

“Voter suppression tools often hurt people, like women, Black, indigenous and people of color the most … ,” government sophomore Dorsey said. “We want to be able to make voting accessible for all students.”

Teniece Evans, Diversity and Inclusion Agency co-director, said the agency wants to open a dialogue between students and administrators to close the gap between the Black UT community and the rest of the UT community.

“We want to do roundtable discussions and then a big town hall of the diversity groups (at UT), so (students) can talk with the UT admin and see what the University … tells us they can do,” Evans said.

On a smaller scale, Evans said the agency will celebrate different communities and highlight successful individuals in underrepresented communities.

“We want to do … social media takeovers … to let other people see themselves in successful people so they know they can be that,” Evans said.

Hunter Bergfeld, Queer and Trans Student Alliance co-director, said the agency is updating a report for the administration about the LGBTQIA+ community.

“In 2006 … (the agency) wrote an extensive report … on the state of LGBTQIA+ affairs on campus, and it came with recommendations in it,” Bergfeld said. “(The agency) is working with a bunch of outside groups to create another report … because so much has changed since 2006.”

Bergfeld said implementing a smoother process for obtaining gender inclusive housing is one of the recommendations from the report the agency will focus on.

“If someone does want gender inclusive housing, … it's a very complicated process, and lots of students don't know how to get it,” Bergfeld said.

Editor’s note: This story has been updated to include additional information on the current efforts of the Queer and Trans Student Alliance.