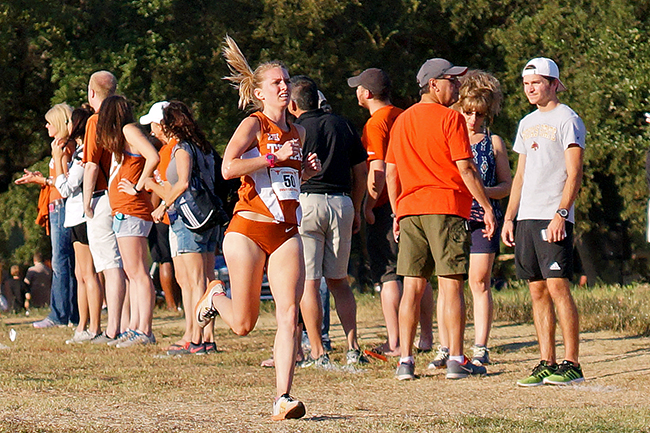 Editor's note: This story was originally published in the Oct. 16 issue of The Daily Texan flipbook.

The last time the Texas cross country team saw a long stretch of grass and dirt was Nov. 23, 2019, at the NCAA Championship meet. The team will open its 2020-21 season Saturday at the Arturo Barrios Invitational in College Station, Texas.

Both the men’s and women’s teams placed in the top 10 in all meets last season, most notably second and third at the Big 12 Cross Country Championships. Texas went on to post its best finishes at the NCAA Championships since 2012.

The men’s team will go into Saturday’s race without senior Sam Worley, who is still recovering from a tibia fracture from early February. Last season, Worley placed in the top 15 in every race except the NCAA Championships, where he placed 27th with the fastest time on the team.

Worley’s absence might be a big hit for Texas, but sophomore Haftu Knight could fill the gap. Knight posted four top-15 finishes as a freshman last season and had the third-best time in the NCAA Championships. Knight’s return after a solid freshman year should be beneficial for the team.

A new member of the team, freshman Graydon Morris, is someone to keep an eye on this Saturday. Morris is the second male to qualify for the Foot Locker Cross Country National Championships four times and won three consecutive high school cross country state championships.

The women’s team returns with seniors Madeline Vondra and Claudine Blancaflor, who should provide some experience for the team. Last season, Vondra finished 162nd in the NCAA Championships, Texas’ third-best finish at the meet and Blancaflor posted three personal bests in one season in the 4k, 5k and 6k.

The Arturo Barrios Invitational will be the team’s first and only meet before the Big 12 Championships at the end of the month. The men’s 8K will start at 9:30 a.m., followed by the women’s 6K at 10:15 a.m. at the Dale Watts Cross Country Course.