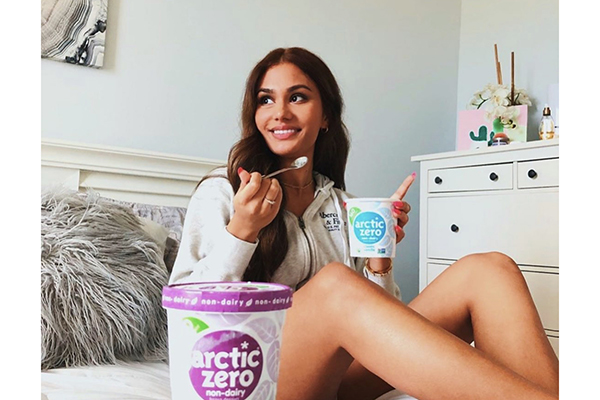 Zfluence, a Generation Z-run company, works with over 400 UT students and allows members of Generation Z to promote brands on their social media in exchange for free products.

UT has more “Zfluencers” than any other university in the country, said Bryan Gonzales, senior director of public relations for communications firm Giant Noise, which handles Zfluence’s public relations. Design senior Kelsey Jones has been a Zfluencer since late 2019. Jones saw an ad for Zfluence on her Instagram timeline and filled out a quick online application, which was linked on the Zfluence Instagram.

“At the beginning, Zfluence primarily consisted of Austin-based brands, so there was that incentive to join,” Jones said. “But generally, I think it is a popular platform for UT students because it allows students who are generally short on money & time to get free products and promote them on their own terms.”

Zfluence works with micro-influencers, and most Zfluencers have 2,000 to 25,0000 followers on Instagram. Zfluencers don’t get paid, but they do get to keep the products sent to them, government sophomore Riya Kale said.

“Too often we see these huge influencers who are obviously getting paid for their opinion,” Kale said. “By taking advantage of this little niche of micro-influencers, you can really take advantage of that personal connection most people have with their followers. If you have maybe three or four thousand, you probably know a majority of them, and they are most likely to trust what you say.”

Kale heard about Zfluence from a TikTok, and after looking into it, discovered that a member of her sorority, Alpha Phi, was a Zfluencer. That’s when she decided to apply.

“I know from people who go to UT, and things I have seen in UT news, that there is a real interest in entrepreneurship,” McDonald said. “It was really great that so many UT students wanted to get involved in Zfluence early on.”

McDonald, who attends Georgetown University, said the Kendra Scott Institute is an example of entrepreneurship at UT and 33% of all Zfluencers in college are pursuing a degree in business or marketing.

“What we’re really trying to do at Zfluence is to get away from the connotation of an influencer as only being influential if they have hundreds of thousands of followers,” McDonald said. “We’re really looking for people who are influencers on their campuses and in their communities.”