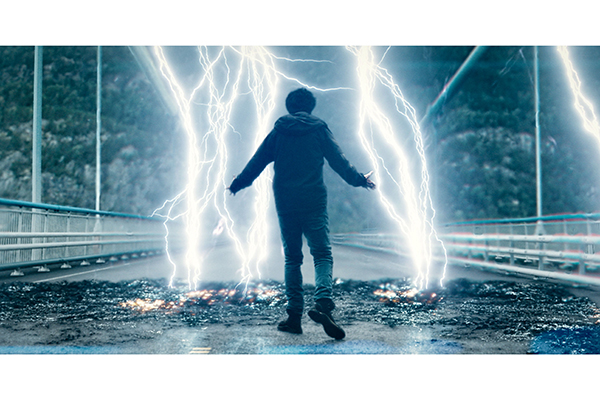 In the spirit of Amazon’s “The Boys” and James Gunn’s “Brightburn,” “Mortal” is here to make you rethink your superhero fantasies.

“Mortal” is a thrilling fantasy tale from director André Øvredal (“Scary Stories to Tell in the Dark,” “Trollhunter”). Nat Wolff (of “The Naked Brothers Band” fame) stars in a grounded tale about a mysterious teenager named Eric who struggles to control an abundance of dangerous powers.

After getting caught in the crosshairs of a small-town crime, Eric becomes entangled with government workers, doctors and a sympathetic psychologist named Christine (Iben Akerlie). Øvredal tells an intriguing story about the dangers of godlike individuals in a modern setting that involves various religious identities and competing governmental powers.

Nat Wolff carries the narrative of “Mortal.” His brooding, dark facade starts to crack away as Christine shows him sympathy. For a good portion of the film, Wolff uses facial expressions to display his character’s emotions rather than dialogue, and luckily his acting is effective. Christine, a Norweigan psychologist, is a sufficient complementary character to Wolff’s Eric.

Since the film mostly takes place in Norway, it makes sense for Øvredal to cast a Norwegian actress. However, a few of her lines feel a bit stilted and lack key emotion needed for certain scenes. Regardless, their relationship feels believable to an extent and fits character motivations.

The most interesting aspect of “Mortal” is how it takes an otherwise godlike figure and analyzes its impact on the public. When Eric’s powers (including but not limited to controlling thunderstorms and harnessing electricity) become known to the public, they embrace him as if he were a godly figure.

One scene shows Eric witnessing a crowd of civilians huddling behind a protective fence, reaching out to touch what they believe is a godly being. Government officials say confirming the existence of such a being would have drastic effects on various religious organizations. Their specific beliefs about who is granted such immense power would be directly challenged.

This concept is definitely one of the movie’s most unique factors. The overwhelming majority of superhero or superhero-adjacent films don’t usually focus too much on the society’s worldview of superpowered individuals. They mainly sport storylines depicting an agreeable hero (or team) against a very obvious villain. “Mortal” doesn’t necessarily have a strict antagonist. Eric is in a battle with himself and the uncontrollable extent of his abilities.

The effects work in “Mortal” is truly spectacular. The sporadic bolts of electricity and intense, destructive moments look great on screen. The environmental damage helps to emphasize the dangerous potential of Eric’s powers and overall gives the film a higher budget feel. Certain moments during the film’s resolution could’ve come straight out of a Marvel Studios epic.

In terms of faults, the “Mortal” narrative is structured in a bit of a lackluster way. As tensions finally come to a head and the government closes in on a runaway Eric, an intense sequence feels like the film’s finale … until you realize there are 40 minutes left. What “Mortal” does with its actual final act is certainly interesting, although a bit wild and on the nose. The final moments pack a punch and definitely reward the audience in an intriguing way.

“Mortal” has a bit of a structurally weak narrative, but its unique approach and wild effects make for an engaging experience.