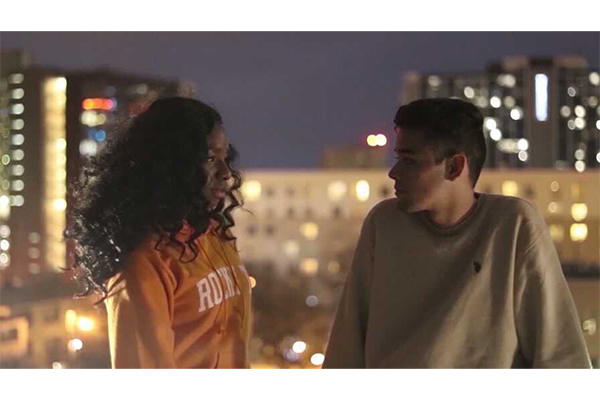 Growing up in Scotland as a Nigerian immigrant, Rebecca Ugo always found solace in watching movies, but she never saw herself represented in the characters on screen.

Ugo moved to Texas in May of 2016 and graduated from UT in 2019 with a bachelor’s in radio-television-film. Now, she is the founding executive director of DEEP, a production and distribution company seeking to create content that showcases diverse experiences. “No Strings,” a film she wrote and directed, premiered on Feb. 12 in The Colony, Texas, and featured the Belo Center for New Media building.

The Daily Texan: What inspired you to start DEEP?

Rebecca Ugo: In Scotland, I used to watch movies every single day. Whenever I just started going to school, I faced a lot of bullying for being different — that was when I started getting this idea. I felt like God was telling me to just do something different — to be diverse … a lot of the people I was raised with … they didn't look like me, and they weren't my people. I’d love this character that I saw on screen, but it wasn't my people who look like me. I remember just being like, “What if I could create something that could represent all kids, that could impact people and teach people that it's not okay to treat people who are different from you this way?”

DT: What’s the premise of “No Strings?”

RU: “No Strings” is about a girl who is born into child trafficking. She escapes as a little child and gets adopted into a home, but she carries a lot of hate, depression and resentment for guys in general. So she thinks up a way to avenge her mom's death and get revenge on the male race. Basically, she makes guys fall in love with her, (and) then she breaks their heart. She lives her life like this until she meets this one guy. He confronts her and asks, “Why are you doing this? What are you getting out of this?” and she says, “Yeah, it's so easy to play guys. They're so stupid.” He (then) says, “If it's so easy, then play me.” The question is, are they gonna fall for each other?

DT: Can you tell me a bit about production? How long did it take?

RU: We began production in 2019, and some of the people who were in the film were students at the time, so we didn't really shoot like a normal movie. Trying to find distribution for the film was really hard. We didn’t have a plan … (there were) a lot of closed doors, a lot of rejections, a lot of people not responding to you, but at some point, open doors started coming in. One connection led to another, and then we ended up connecting with Galaxy Theatres. Rejection is just redirection. You can't let it stop you. You just gotta keep going.

DT: What’s your mission at DEEP?

RU: We're highly focused on creating content for young people — that's our main audience. Our mission is to empower and inspire young people of all ages, and we’re really looking to create content that touches the human heart, that isn't … just for money or to get attention. We're very intentional about what we put out and the narrative that we’re communicating because we want it to impact culture.