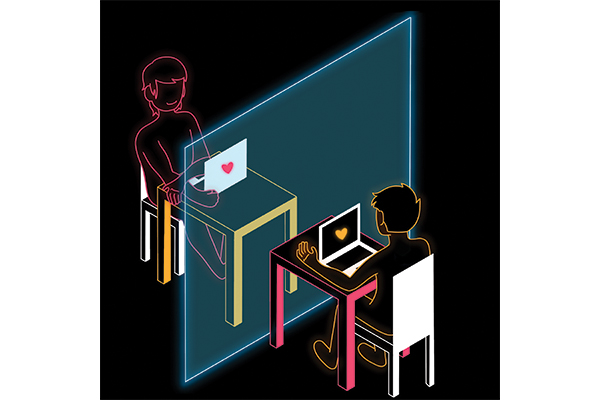 A UT psychology study published on Feb. 16 found that the changes in a person’s language on social media before and after a breakup can expose their emotional and logical thinking.

Psychology researchers at the University analyzed more than 1 million posts by 6,803 Reddit users on the subreddit r/BreakUps to understand how a person’s language changes during the course of a breakup. The researchers found that changes in language can be detected three months before a breakup, with continued psychological effects lasting six months after the breakup.

Psychology professor James Pennebaker said the study is significant because it’s the first time, through technology, researchers are able to study the psychological changes in a person going through a breakup in real time.

“This is not some kind of laboratory study. We’re not asking people to fill out questionnaires. We are getting a real sense of how humans change in their thinking and feeling over time,” said Pennebaker, a co-author of the study.

“(On) Reddit because people post under anonymous handles, there’s no way we can reverse engineer their identities,” Seraj said.

Kate Blackburn, a psychology postdoctoral research fellow and a co-author of the study, said the study found that months before a Reddit user is involved in a breakup, the person tends to use words such as “I,” “me” and “my” more than usual. This language trend would then last for six months, Blackburn said.

“We know from other research when people increase their use of ‘I’, this can sometimes reflect anxiety or depression,” Blackburn said.

Additionally, Pennebaker said the team discovered a person’s analytical or logical thinking reached the lowest point at the breakup, causing them to make more mistakes and become less focused.

Blackburn said the study could be used as a tool for practical implications in clinical interventions.

“This may be another tool for people to check out to see how far along in the process somebody is just by looking at their language,” Blackburn said.