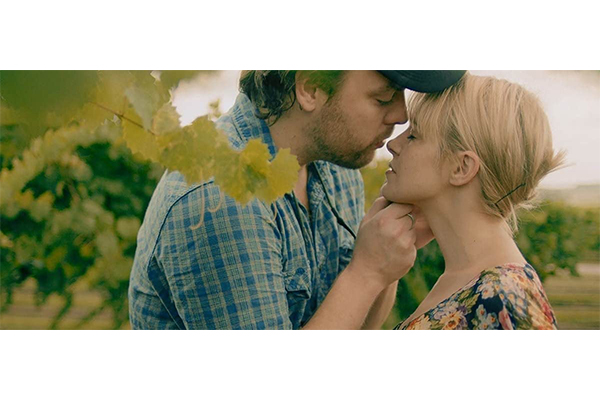 From minor guest roles on iconic shows “Friday Night Lights” and “Dexter,” to writing and starring in her own horror film “Lucky,” UT alumna Brea Grant is paving her way toward a robust acting career. Her most recent project, “After Midnight,” recently premiered on streaming service Shudder. The film follows middle-aged Hank (Jeremy Gardner) as he tries to salvage his relationship with Abby (Brea Grant) while a mysterious creature attacks his home each night.

The Texan chatted with Grant about working in the horror genre, memorizing long scenes and her experiences in Austin.

The Daily Texan: Did you get any acting experience when you were a student at UT?

Brea Grant: I have an undergrad (degree) in American studies and women and gender studies, and then I have a masters in American studies, both from UT. I took classes in Austin before I moved to Los Angeles, and my very first audition was at a UT building. These guys were making a short film, and I saw it on this website or something. I had never done anything, and I showed up, and they were like, ‘Where’s your headshot?’ and I was like, ‘What’s a headshot?’ … I didn’t actually do that much acting (at UT). I would go to watch plays, but most of it came during grad school when I started taking acting classes in Austin.

DT: What appealed to you about the script for “After Midnight?”

BG: I was a fan of (“After Midnight” directors) Jeremy (Gardner) and Christian Stella’s “The Battery” that they did five or six years ago … I got a text from the producer, and he said, ‘Are you interested in being in a Jeremy Gardner movie?’, and I was like, ‘Hell yeah, I love Jeremy Gardner!’ Then he sent me the script, and it blew me away.

DT: How did you tackle the pivotal long-take scene where you and Jeremy Gardner’s character monologue about their relationship?

BG: I think the take is 13 minutes long. I did not know we were doing it all in one take. I assumed it would’ve been split up. The day before, they said, ‘You know, we think we want to shoot this all in one take.’ So I spent that day completely freaked out, trying to get off-book. For my audition tape, I learned the monologue, so I got off-book during my audition-phase, (so) I had already learned it once. I think we shot it 12 (to) 13 times. We spent the whole night doing it.

DT: What draws you to horror?

BG: I watch a lot of horror, so obviously I’m going to be drawn to it as a creator and as an actor. I find that it gives you a lot of freedom to be able to tell these big stories within the confines of genre filmmaking in a way that isn’t really heavy handed. You could make ‘After Midnight’ without a monster — it could just be a story about a woman who left a man — it’s just less interesting to me because I love monsters! It’s how I want to experience life, because we don’t get to see monsters in real life, and I’m very much an escapist. Also, the horror fan community has been really kind to me throughout the years. Horror people are the nicest people!