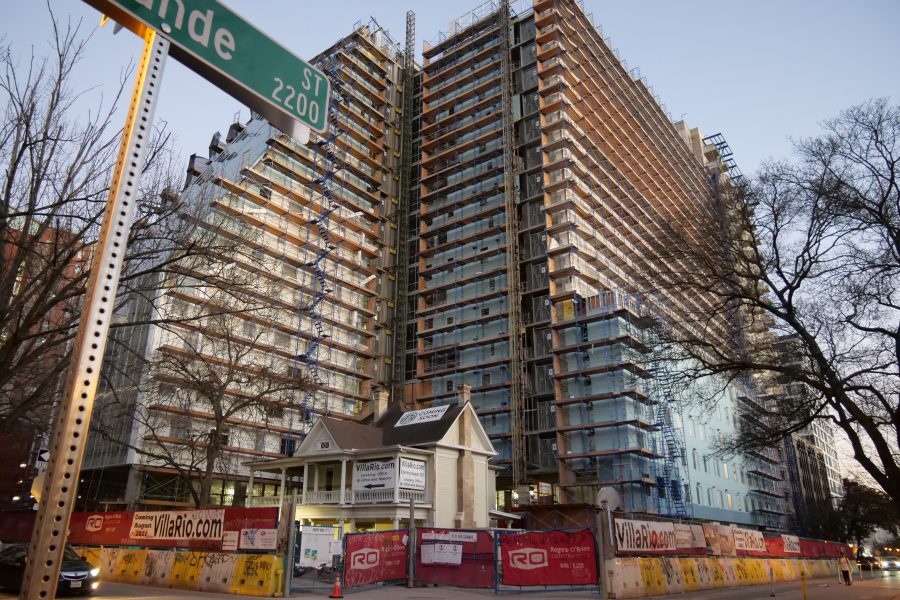 While apartment complexes are reaching out to students with special deals and lease agreements for the coming fall semester, some students plan to move into new buildings that are currently under construction or recently opened.

Undeclared freshman Katrina Lowther said she is planning on living at Villas on Rio, which opens in August, next fall.

“I feel like Rio offers a unique sort of modern twist to student housing,” Lowther said.

“99% of the bad reviews were driven because in our first year, we had a couple weeks delay in construction, and so people were really upset,” Zucker said. “Now it’s stabilized and running properly.”

Torre will open in August and is a newcomer to the West Campus environment, according to Torre’s website.

“We’ve worked great together this past year, and they have developed an amazing product,” Torre manager Katy Pinegar said. “We’re really excited to get out first in the market right now.”

Both complexes offer a variety of living spaces such as one-bedroom studio apartments and  townhomes with spiral staircases and smart technology, according to the apartments’ websites.

The properties did not provide specific answers when asked about price ranges for their units but said they had affordable options. A two-bedroom apartment rents for approximately $1,400 at Villas, according to an email obtained by The Daily Texan regarding apartment prices.

“We have so many different floor plans, so it really depends on what that person is looking for,” Pinegar said. “We do have rates as low as $700 and then go up from there.”

Villas on Rio specifically features an affordability plan on their website with the option of making a one-bedroom floor plan available for two, reducing the cost while still providing residents with their own individual spaces.

Both offer virtual tours to potential residents on their websites to show amenities and floor plans.

“We really try to fit the needs of any student that does come in,” Pinegar said.