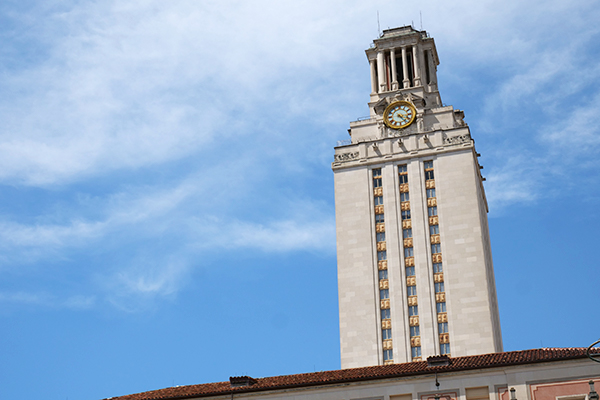 Editor’s Note: This story has been updated to include additional information about the number of cases of the B.1.429 variant at UT and to clarify messaging from UT.

The COVID-19 variant known as B.1.429, which originated in California, was reported at UT on Monday, according to an email from Terrance Hines, executive director and chief medical officer for University Health Services, and Amy Young, chief clinical officer for UT Health Austin. It is unclear how many cases were identified.

Hines said “the B.1.429 variant was detected in 15% of cases sequenced last week.” From March 7 to March 13, there were a total of 47 positive cases among students, faculty and staff with 36 from UT testing, 1 reported from Austin Public Health and 10 self-reported. However, because the sequencing process takes about a week, these numbers reflect positive cases prior to the week of March 7. Only on-campus testing is sequenced to detect variants.

Two cases of the first COVID-19 variant, known as B.1.1.7, which originated in the United Kingdom, were identified at UT last month. Hines said the B.1.1.7 variant was detected in 20% of cases sequenced last week.

According to the New York Times, the B.1.429 variant is rare in the United States, but is spreading widely throughout California, especially in the Los Angeles area. The variant has been identified in Houston, according to The Daily Texas News.

Hines said this is the first case of the B.1.429 variant in Travis County that health officials are aware of. Hines said UHS is able to identify variants with the use of UT’s Genomic Sequencing and Analysis Facility.

There is little data about the transmissibility of this variant, the severity of illness it can cause and whether the vaccine is effective in preventing infection from this variant, according to the email.

By late January, Charles Chiu, a virologist at the University of California, San Francisco, estimated that cases of B.1.429 in California were doubling every 18 days, according to The New York Times. Chiu also found that a larger percentage of individuals to test positive for the B.1.429 died from it, but, according to The New York Times, that could be a statistical “fluke” due to a smaller sample size.

Chiu said it is unclear how the B.1.429 variant will affect immunity with vaccinations.

UHS is urging people to continue to use vigilance and protective measures at stopping the spread of the virus, which includes wearing two masks, hand washing and social distancing.

UHS is also urging the UT community to strictly follow COVID-19 guidelines if they choose to travel for spring break to prevent a surge in cases and to avoid exporting or importing more COVID-19 variants, according to the email.

Proactive Community Testing will continue to operate during spring break and will also be open March 21 from 12:30 p.m. to 5:30 p.m. for those returning to campus after spring break.