‘Gaia’ plays with intriguing concepts but lacks in narrative 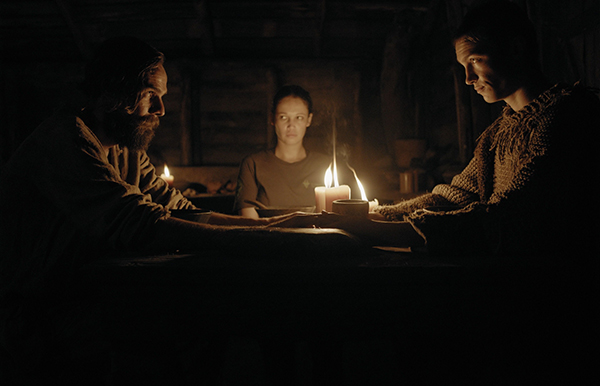 “Gaia” is another installment in South by Southwest 2021’s Midnighters collection. The film follows a park ranger who stumbles upon a father and son living in a wooden cabin. The duo seems to live by a strange religion that is in frighteningly close connection with nature. When strange creatures attack, the ranger is forced to seek shelter with the family. “Gaia” takes a stab at eco-horror, addressing themes of environmental destruction while providing a standard horror experience.

Monique Rockman plays Gabi, the park ranger at the heart of the story. Her perspective motivates the plot as she slowly unravels the darkness within the film. At the beginning of the film, she’s bubbly and enthusiastic, but throughout the course of the narrative, the audience watches her positive attitude slowly erode away. The chemistry she has with her fellow park ranger Winston (Anthony Oseyemi) is very entertaining, so it’s a bit of a bummer that their relationship is so short-lived.

The first half of “Gaia” consists of familiar horror film beats. Gabi tumbles through the mysterious forest hearing spooky sounds and encountering fungus-covered creatures. Mushrooms emit strange particles all over the forest, hovering their way into every frame. The makeup FX is certainly the highlight of “Gaia,” with its plant-human hybrid monsters looking like something straight out of a nightmare. It’s a shame that many of the film’s standout horror sequences are undercut by dream sequence fakeouts time and time again. There’s nothing more disappointing to an audience member than realizing the moment that played out on screen had no actual bearing on the physical world of the narrative.

The middle of the film is when “Gaia” tries to pivot itself into new territory. After spending countless days with the unsettling father/son duo, Gabi begins to fall for the teenage Stefan (Alex van Dyk). They secretly confide in each other about the potential for a future outside of the forest, much to the disliking of Stefan’s father, Barend (Carel Nel). This conflict propels the rest of the film, resulting in a stand-off not only between ideologies, but also plant monsters. The resolution is quite chilling, leaving audiences with a plethora of nightmarish imagery.

Unfortunately, by the time “Gaia” finds itself, it’s too late. So much of the film is spent regurgitating visuals and moments seen in every other forest-set horror flick. And while the narrative wastes no time diving deep into its spooky goodness, the lack of “normal” moments with the leading characters is simply too minimal. Without truly understanding the protagonists before their adventure, it’s hard to feel compelled by their journey.

“Gaia” is a mixed bag of interesting concepts, nightmarish visuals and a lackluster narrative. Horror fans will appreciate the stellar makeup effects and atmosphere, but will be let down by the mediocre screenplay.