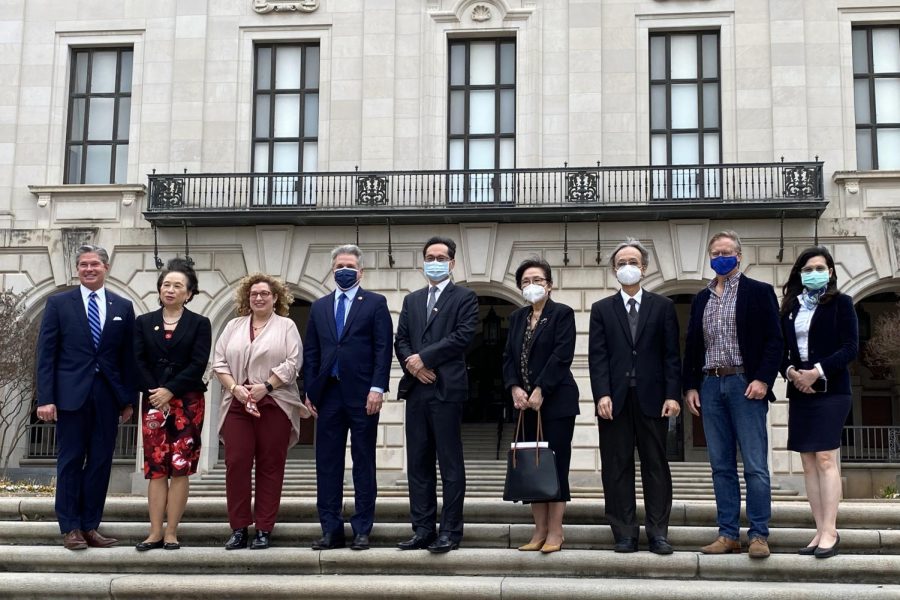 The center is not a building, but rather a collective and collaborative effort between groups like UT and the Taipei Economic and Cultural Office in Houston to support the teachings of Taiwanese studies, Asian studies professor Sung-sheng (Yvonne) Chang said.

“Think about all the activities that you would organize, think about the courses it would teach, think about the faculty members who could use the funding to do research,” Chang said. “They would benefit long term in the field of Taiwan study or Taiwan in a global context.”

Chang said the Taipei Economic and Cultural Office approached her last May to propose a grant from Taiwan’s Ministry of Foreign Affairs to develop the center as a means of strengthening the social sciences sector of the Taiwan studies program. The ministry approved the grant by the end of December, she said.

Davis said Taiwan studies is uncommon for American universities to fund because of the limited financial resources available to train those willing to teach these programs.

“The University only has this pool of money for Asia, and it has to be divided by South Asia, East Asia and Southeast Asia, (which) is very underrepresented … so it’s almost nonexistent in a lot of the universities,” Chang said.

Kirsten Cather, director of the Center for East Asian Studies, said the center is important for the representation and visibility it will provide for the area of Taiwanese studies.

“The point is we are already quite spectacular,” Cather said. “We’ve done quite a lot with not so many resources, so with more resources, I just expect more and more activity and visibility.”

“The fact that (a) congressman agrees to come is also meaningful in the sense that even the political parties or institutions in the state of Texas recognize the importance of this kind of collaboration,” Chang said.