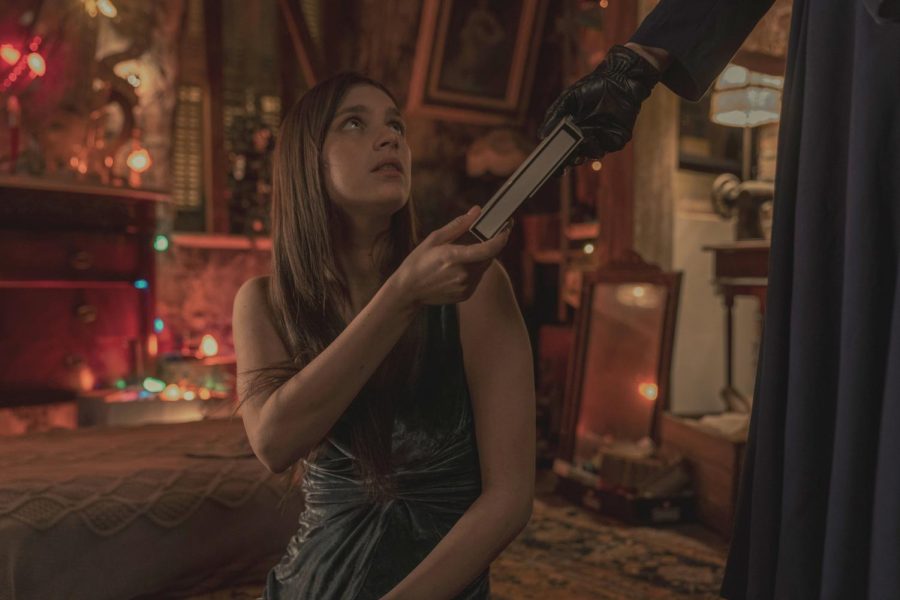 The Apple TV+ series is back for more thrilling chills.

“Servant” is an Apple TV+ original series currently in its second season on the streaming service. The suspenseful show, led by showrunner and executive producer M. Night Shyamalan (“The Sixth Sense”), follows a Philadelphia couple that encounters a mysterious force after a family tragedy.

The Daily Texan: What does the collaboration look like between the cinematographer, production designer and costume designer?

Naaman Marshall (production designer): On this show in particular, we all have such a tight relationship. Really all of our decisions have been a combination of us all working off of each other’s ideas and thoughts.

Caroline Duncan (costume designer): Naaman and the art department build this (inspiration) wall for every episode … it’s this complete walkthrough of what the sets are all going to look like, not just the ambience, but the real emotional feeling. Everyone will just look at the wall, and by the time you are prepping the episode you have a true feeling of the mood you are building off of.

Marshall Adams (cinematographer): I couldn’t agree more … I had the good fortune of being the first cinematographer to shoot inside the attic, which is just an amazing place to introduce and establish a vibe for (the show). Between the set dressing and production design, it really comes together on a beautiful palette. It makes my job easy.

NM: Night always pushes everybody to stick their nose out and push design, sound, editing, colors, textures and patterns. He allows all of us to go to the extreme, and he has the ability to let us know really cleverly that we’ve gone too far. The advice that I’ve learned from him is don’t be afraid. You can always dial stuff back, but it’s hard to ramp up.

Harvey Rosenstock (editor): He gives me a lot of leeway and then he can come in and do his job (in a way) that doesn’t really hurt anybody’s feelings … he’s easy to talk with. When he (tells) me something is not working I go, “Oh?” because the way he describes it is so great. It’s fun to do stuff that makes him happy because he’s a real good cheerleader as well.

CD: He comes to set completely prepared, so when you can surprise him as a designer in any arena he’s so excited about it. … He’s the most supportive and excited cinephile … it just pushes you when you’re not giving him your best.

HR: I remember the meeting we had for episode four and I forgot my script. They just had the storyboards, and we ran the entire meeting with just the storyboards. And I said, “I’ve just seen a masterclass in directing.”

NM: His storyboards are extremely rudimentary … one might think that they are too simple and confusing. He does it for a reason … it allows people to see what he’s going to do in that frame, but he doesn’t want to instigate any ideas as far as the architecture that’s in it or the costume or the hair. … Night can get everything he needs to in those storyboards without telling you what the mood needs to be.