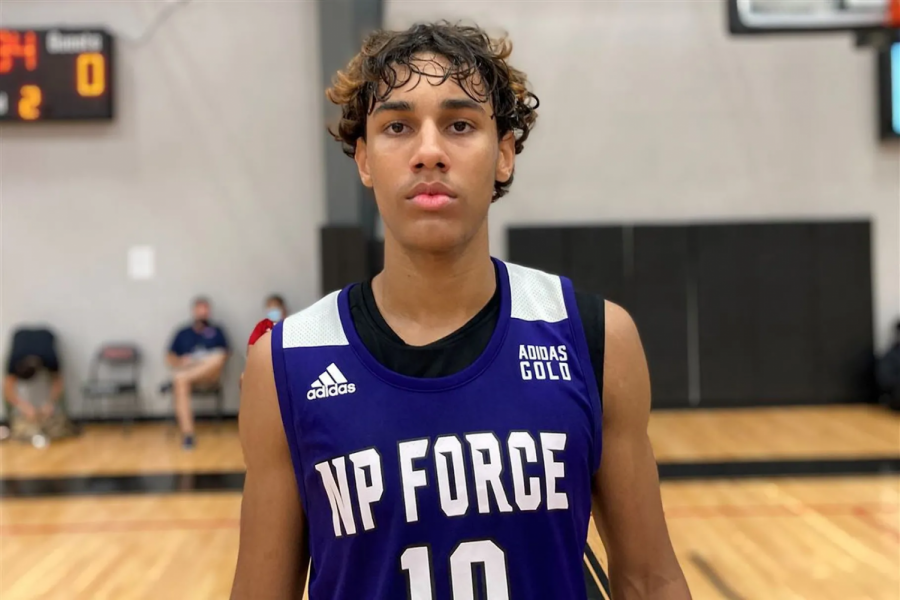 The Texas basketball program had three commitments in the 2021 recruiting cycle when Shaka Smart left to become the new head coach at Marquette University on March 26. All three decommitted once Smart left, but new head coach Chris Beard brought over a top-50 recruit he courted while at Texas Tech.

Jaylon Tyson, a 6-foot-6-inch small forward out of Plano, Texas, signed his national letter of intent with the Longhorns on Wednesday after announcing his intentions to decommit from the Red Raiders and follow Beard to Austin less than a week ago.

“It has always been my dream to play for coach Beard,” Tyson said in a Twitter post April 8. “When I started getting recruited by high major schools, coach saw something in me that I didn’t see in myself.”

Ranked as the No. 35 recruit in the class of 2021 according to 247 Sports, Tyson is a four-star small forward out of the small private school John Paul II in Plano, Texas. Tyson, however, was relatively unheard of until his 2019-20 junior season when he led his team to its first state title. After that breakout season, the offers started rolling in. Prior to committing to Texas Tech, Tyson received offers from schools such as the University of Houston, Oklahoma, Creighton and Xavier University.

Even as one of the best-rated prospects in the country, Tyson still carries the chip on his shoulder from when he was glossed over early in his high school career.

“My whole life I’ve been underrated,” Tyson said in a Feb. 19 interview with Sports Stars of Tomorrow. “I’ve been cut from teams. I’ve been told I wouldn’t be a Division I (athlete). I wouldn’t play college basketball period. I really just wanted to prove them wrong but also I wanted to prove myself wrong … that I knew what I could do.”

Tyson’s loyalty to Beard stems from Beard’s unwavering belief in him as a player.

Beard had more than enough praise for Tyson back when the two were still planning on working together in Lubbock.

Along with the new additions, Texas veteran Jase Febres and Andrew Jones announced they will utilize their extra year of eligibility to return to the team.

Both Tyson and Beard have something to prove in the upcoming season. Tyson is still determined to invalidate those who doubted his ability to succeed at a high level, while Beard’s challenge is whether or not he can turn around a basketball program that has fallen short of its goals in recent years.