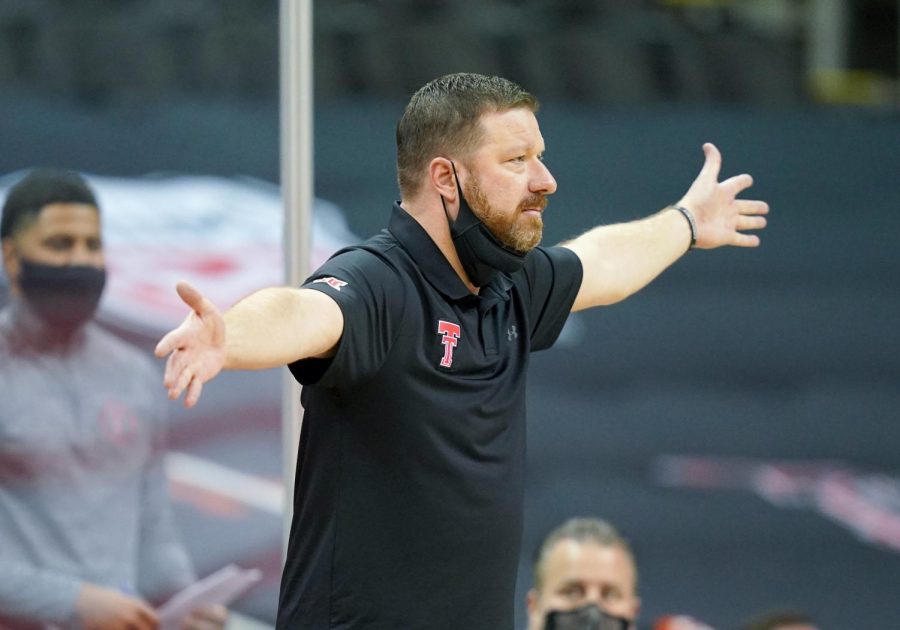 Courtesy of the NCAA

Chris Beard made a promise at his introductory press conference to be competitive in year one, and his early work on the recruiting trail suggests he’s making good on that claim.

The outlook for next year’s Texas men’s basketball roster was once bleak with departing production, but new head coach Chris Beard quickly bolstered it by convincing key veterans to return and luring in high-profile newcomers.

“Why am I confident that we can win immediately? It starts with the talent on this roster,” Beard said at the April 2 teleconference. “I’m going to do the best I can to keep those guys here if they want to be here and if they understand that we’re trying to win a national championship now.

It hasn’t taken Beard long to build relationships with the current players on Texas’ roster, many of whom could’ve easily moved on with the departure of former head coach Shaka Smart.

“With the three guys that have made the decision to come back, we’re just elated.” Beard told 104.9 FM The Horn on Wednesday. “I told them yesterday, ‘You guys might not completely understand this now, but I’ve got your backs.’ I never forget the first guys to jump on board with you.”

However, building a complete roster takes more than just securing a couple key returnees, especially given the decommitments of all three of Smart’s high school recruits that were slated to come to Texas in the 2021 cycle.

On Tuesday, Beard secured a pair of commitments from top transfer targets in Kentucky guard Devin Askew and Utah forward Timmy Allen, both of whom were former four-star recruits, according to 247Sports.

Acquiring talent via the transfer portal is nothing new to Beard. He made a name for himself at Texas Tech with his ability to bring in talented transfers who made major contributions to the Red Raiders’ recent success.

The transfer portal can be tricky for coaches to navigate, and knowing how to use it to one’s advantage has only grown in importance in recent years with more than 1,200 players currently in the portal.

“This portal is like the Wild, Wild West,” Beard said. “Now with the portal, everybody’s kind of catching on to this still, but it’s something that we’ve always executed … We want to try to get twice as much done every day than our opponents get done in one day.”

With Wednesday’s addition of four-star forward Jaylon Tyson out of Plano, who originally committed to Texas Tech before following Beard to Texas, next year’s roster is beginning to take shape.

If Beard can get one more commitment to return out of guards Greg Brown and Courtney Ramey or forward Jericho Sims, none of whom have announced a decision yet, Beard will be one step closer to fulfilling the first of his numerous promises.

“We’ve got a few more (players) that are going through their decision-making process, and I respect that,” Beard said at a Thursday teleconference. “I’m optimistic. I think, (for) at least a couple of these guys, it’ll intersect where it’s a win-win for both of us.”