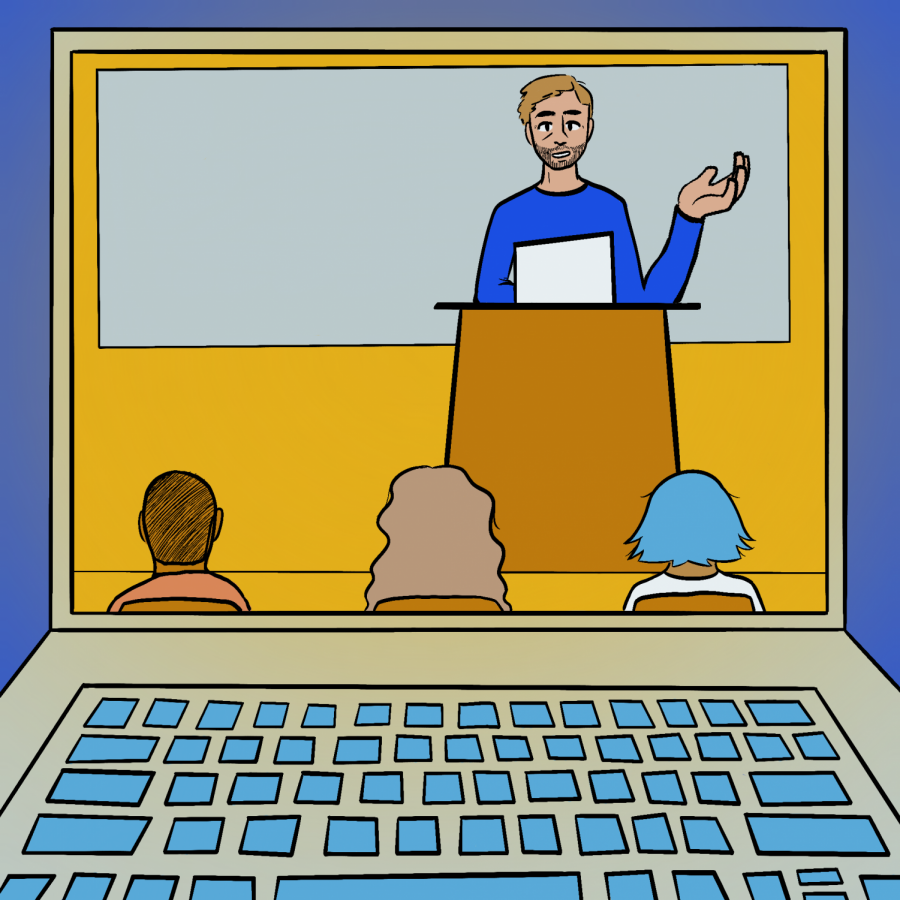 On March 12, UT President Jay Hartzell announced that the UT community should plan for a “near normal” fall semester, with staff and faculty coming to campus for in-person teaching and research. In an April 15 message, Hartzell said UT Health Austin hopes to offer vaccinations to the entire UT community by July.

This semester, about 26% of classes were offered in a hybrid format, which are often recorded. In the fall, more than 91% of classes will be held face-to-face, 4% as hybrid and only 3% exclusively online, according to previous reporting by The Daily Texan.

The Student Government Disability and Inclusion Agency created a petition at the beginning of the COVID-19 pandemic to advocate for the same type of accommodations for high-risk students. The agency did not respond to multiple requests for comment on the legislation.

Ariel Head, a human development and family sciences sophomore, said when she had to attend in-person classes, she felt like she had to choose between her health and her education because of her Ehlers-Danlos syndrome and lupus.

“Having to walk so much would make my flare-ups worse, and it was a snowball effect,” Head said. “It was either I missed class and got points taken off for attendance or missed something vital, or I could go but be miserable and keep getting sicker.”

Divya Kashyap, a new member of the Natural Sciences Council, said she helped write the resolution because she sometimes uses a wheelchair and finds it difficult to move around campus. She also has attention-deficit/hyperactivity disorder, which can make it difficult to listen and learn in a large lecture hall.

Nutrition sophomore Kashyap said when the legislation’s authors spoke to administrators, they seemed concerned about attendance dropping if lectures were recorded.

“With my experience in classrooms, or lecture halls that do record lectures and post it, it hasn’t really impacted attendance,” Kashyap said. “I think because a lot of people like having the stability that attending classes provides.”

Danny Islas, a Natural Sciences Council member, said he helped write the resolution because he has a disability that makes it painful to walk long distances, which is difficult on a campus as large as UT’s.

Due to academic freedom, University administration cannot control what professors do in their classes, according to previous reporting by The Daily Texan. Biochemistry freshman Islas said he doesn’t think academic freedom should exempt professors from implementing the accommodations in this legislation.

“I personally think that (academic freedom) comes down to doing this unit for this unit and the way you structure for class,” Islas said. “But doing it in such a way that requires more from certain demographics isn’t equitable and shouldn’t be placed under academic freedom.”