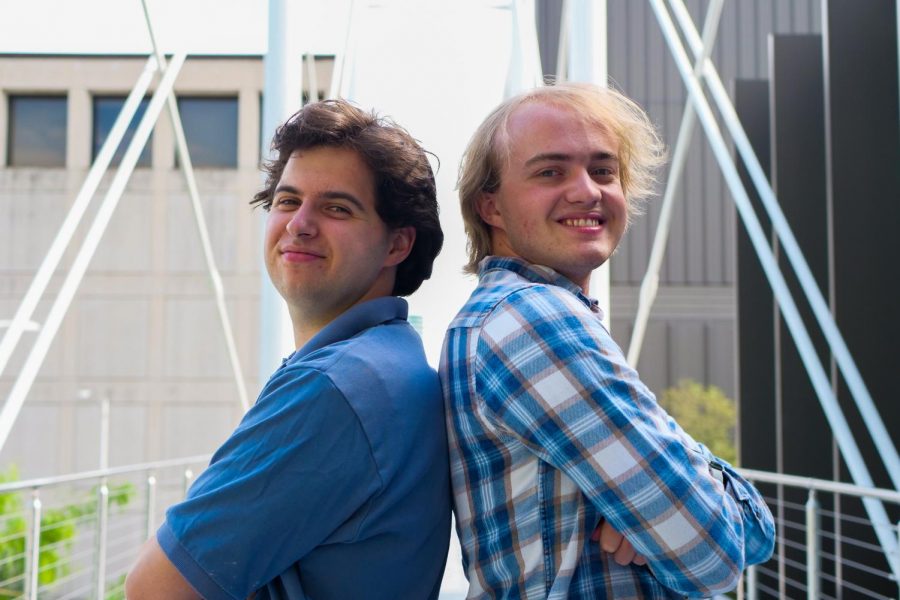 A few weeks after I took a flight halfway across the country to move into my dorm on my own, I tried out for The Daily Texan. Frankly, I had no idea what I was doing, which was true for most things on campus at the time. At orientation, it felt like everyone at UT was either from Houston or Dallas, which was unnerving for the kid from Alexandria, Virginia. All those worries went away quickly, mainly due to the welcoming environment I found in the video department.

I’m incredibly thankful that Sarah Tang and Peyton Young took a chance on me, and I don’t know where I’d be without either of them. They were both models of dedication, but they were incredibly understanding as well. Neither of them were ever impatient if I was struggling on a project, and they always gave me space. If it weren’t for their social graces, I’m not sure I’d have the great group of friends I have now from those early semesters. The general staff we had that first year was amazing, and not something I’m sure will ever be replicated. I will never forget the long nights we spent at El Taquito or Shelby’s Apartment, and I hope we’re able to replicate them in the future.

I’d also like to thank Faith Castle, who served as an equally strong and compassionate leader for the department. In my time on p-staff, I always tried to emulate the number of hours you put into your work at the paper. You were never afraid to advocate on the department’s behalf or take risks with new projects.

During this pandemic school year, my time in video has kept me afloat. Working in the fall with Jennifer and Jackson on p-staff was a new and unique challenge that led to some of the best content we’ve ever put out. Hannah and Matt have helped me so much this spring as well, especially as we went through the winter storm. Everyone who has served on general staff the past year has poured their heart into it, and I wish I had the space to thank all of them.

Lastly, I’d like to thank my closest friends and family who have been there for me over this past semester. I had the unusual experience of coming back to Austin in March after nearly a year away. My family was always there for me when I was home, and they remained supportive even after I left. My best friend Lilly has also been someone I can always count on, even when she’s thousands of miles away.