The Daily Texan • May 4, 2021 • https://thedailytexan.com/2021/05/04/police-responded-to-barricaded-armed-subject-at-an-apartment-in-riverside-subject-in-custody/

Police responded to barricaded, armed subject at an apartment in Riverside, subject in custody 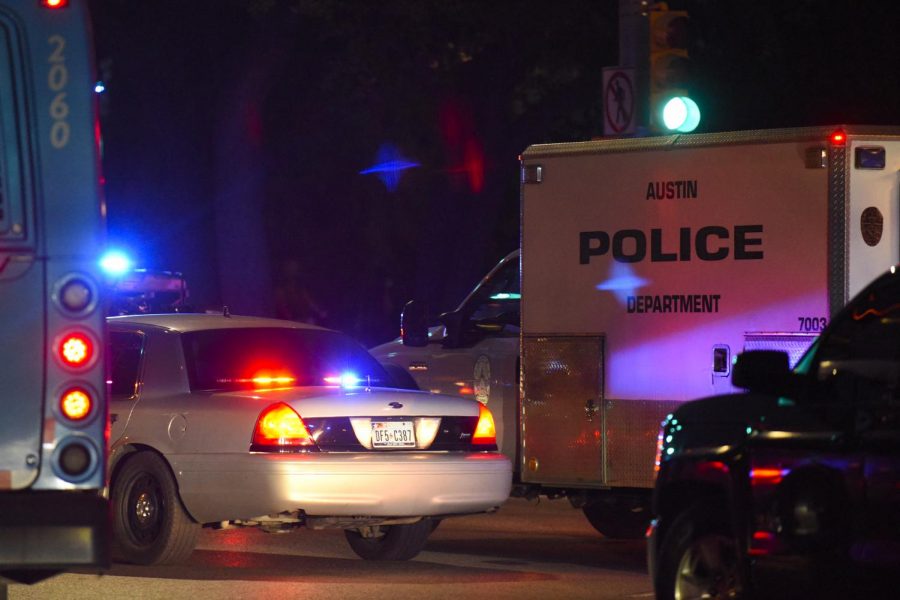 This is a developing situation, and The Daily Texan will update as more details come out.

The Austin Police Department responded to an armed subject who barricaded himself inside a student apartment called Collective on Riverside after receiving a disturbance call this afternoon, according to a tweet from APD.

Around 8:45 p.m., the APD Twitter account announced the suspect had been taken into custody. APD did not release the name or age of the suspect at a media briefing held around 9 p.m. No one involved in the incident, which took place at 1515 Wickersham Lane, was injured.

The building where the incident took place houses some UT Austin student residents.

At approximately 3:07 p.m. on Tuesday, APD received a call reporting a disturbance inside an apartment unit in Riverside, said APD officer Michael Bullock. Upon arrival, officers heard yelling and made themselves known to those inside, said Bullock. The perpetrator inside the apartment then threatened to shoot the officers if they attempted entry, and the officers reported hearing the sound of a firearm being loaded, said Bullock.

Bullock said an additional female subject was inside of the apartment with the male perpetrator. Police believed the unknown female was possibly being held against her will as a hostage, said Bullock. SWAT teams and hostage negotiation teams responded to the scene and attempted to speak to the perpetrator, but he was uncooperative, said Bullock.

After multiple hours of attempting to gain the suspects’ cooperation, Bullock said an arrest warrant was attained and officers entered the premises. The female subject was rescued with no injuries, and the male subject was taken into custody.

Bullock could not give any information about the relationship of the male and female involved in the incident aside from the fact that they were the only two people inside of the apartment.

At the time of this report, APD is searching the apartment and could not confirm if the subject was in possession of a firearm, said Bullock. As of publication investigators are still on the scene, but Bullock said residents of the apartment complex should be able to reenter soon.

At the current time, Bullock said charges against the male suspect are pending, and his arrest warrant was for a threat against police officers.

Police blocked off traffic down Wickersham Lane, stretching from Elmont Drive to Riverside Drive during the encounter, according to a KVUE broadcast.

Residents of the apartment building were told by APD to evacuate, but the apartment complex sent a notice from property management to stay in place until the area was cleared around 5:05 p.m., according to a tweet by KVUE reporter Mark Marut.