The Daily Texan • May 5, 2021 • https://thedailytexan.com/2021/05/05/the-sons-of-sam-a-descent-into-darkness-presents-chilling-narrative-through-journalist-lens/

‘The Sons of Sam: A Descent into Darkness’ presents chilling narrative through journalist lens 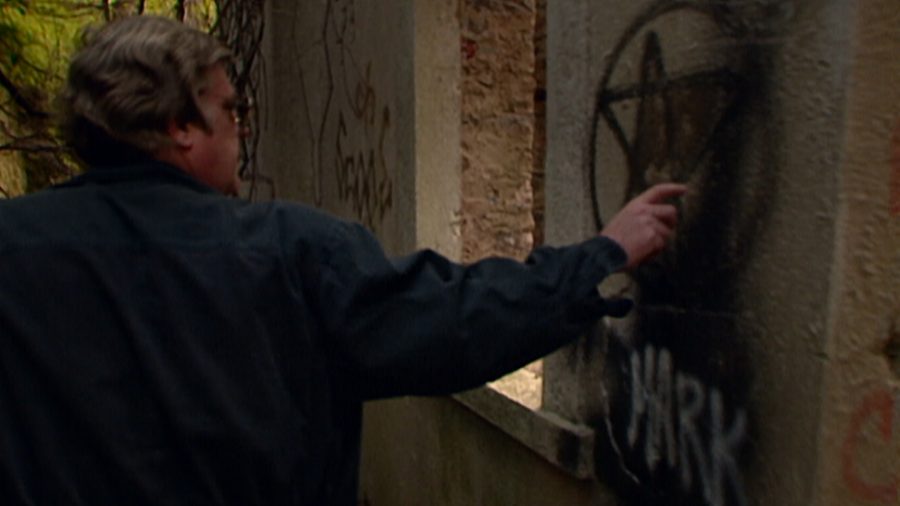 “The Sons of Sam: A Descent into Darkness” is a brand new Netflix docuseries chronicling the infamous Son of Sam killings that occurred in New York City during the 1970s. Throughout the four-episode season, director Joshua Zeman (“Cropsy”) explores the relentless quest of journalist Maury Terry as he attempts to prove that convicted killer David Berkowitz did not act alone.

Told through a variety of archive clips, b-roll footage of 1970s New York and interviews with those involved in the Son of Sam investigation, the visual storytelling of the docuseries is extremely effective. Gloomy clips of the abandoned pump house where demonic worshippers supposedly gathered paired with photos of the harrowing messages written by Berkowitz himself create the series’ chilling atmosphere. The haunting horror movie style score beautifully plays off of the visuals as well.

The four episodic installments are relatively well-paced, with episode one covering the majority of the timeline of the Son of Sam killings and the rest shifting perspective to the aftermath and conspiracies surrounding the police response to the murders. As the narrative becomes more driven by journalist Terry’s persistent investigation, the series elevates itself from a standard murder mystery documentary to one that emphasizes the complexities of crime journalism. On occasion, the episodes seem to repeat themselves, making the series longer than it needed to be.

The deep dive into the questions that arise from the Son of Sam killings is as fascinatingly eerie. Even after the convicted killer is behind bars, the evidence trails continue to lead to wild and unpredictable discoveries. The late Terry’s perspective dominates the narrative, accompanied by interviews with his friends and family. It’s thrilling to see how successful Terry’s investigation was, eventually leading to not one but two face-to-face interviews with David Berkowitz. It’s rare for a crime docuseries to have such a satisfying narrative. Watching Terry finally able to ask Berkowitz his burning questions is not only intriguing but also cathartic.

The series frequently emphasizes the timeline of the various events through the use of visuals and editing such as animated evidence boards and newspaper headlines. These moments keep viewers consistently in the loop about when and why certain events are being featured. By carefully outlining exact timelines, the series is intriguing and accessible to all viewers without requiring prior knowledge of the highlighted case.

But certain elements of the docuseries work against its effectiveness, such as the actor voicing Terry, who frequently narrates sequences and offers insight into what the journalist was thinking at the time. It’s very distracting and lacks the authenticity of the rest of the series’ content.

By the end of episode four, the “The Sons of Sam: A Descent Into Darkness” has tackled the worlds of crime journalism, conspiracy theories, satanic worshippers and the questionable tactics of the New York Police Department. Despite the breadth of the material, the series manages to end on a strong note, honoring the legacy of Terry and his desire to seek justice for others.