The Daily Texan • May 7, 2021 • https://thedailytexan.com/2021/05/07/ut-austin-students-form-collective-to-push-for-increased-mental-health-infrastructure-on-campus/ 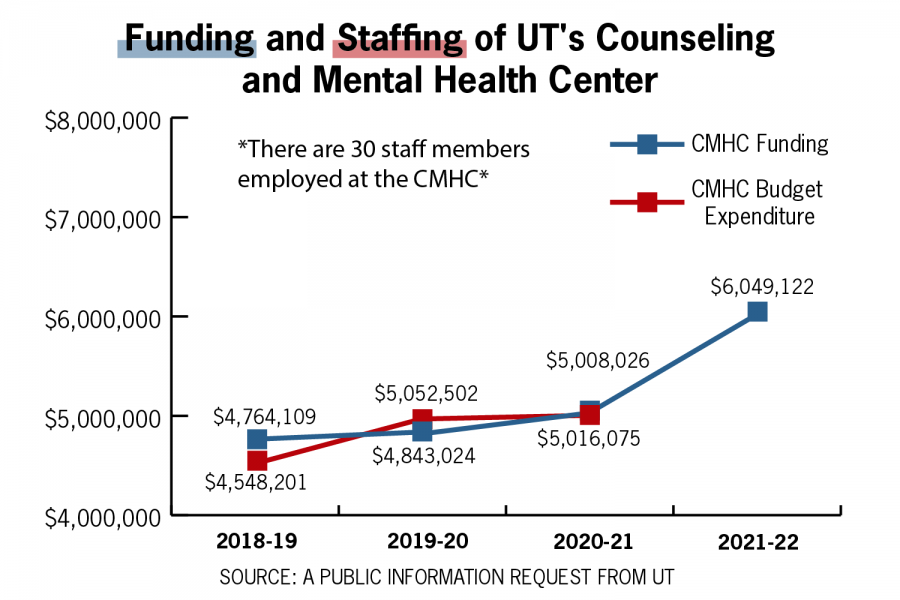 Students Organizing for Support formed in early April to organize for better mental health support for students and increased funding for the UT Counseling and Mental Health Center.

Along with their list of demands, the organization hosts sit-ins every Friday at the tower in order to raise awareness for mental health support on campus, University Democrats President Brandon Bradley said. On April 16, the day of their first sit-in, Bradley said the CMHC contacted the group to schedule a meeting, which took place the following week.

“A lot of it was a discussion of the initial set of demands that we’re proposing and figuring out what CMHC can do to best incorporate them,” government senior Bradley said. “Our first and central issue (is) focused on the fact that students don’t feel that appointments with the CMHC are either guaranteed or timely.”

“I don’t know the intricacies of administration and what’s going on up there, but we cannot see why they are able to (increase funding) given the amount of money being pushed for stadium renovations, football and the salary of our new president,” Ulam said.

Marla Craig, CMHC senior associate director for clinical services, said she is happy to listen to student’s needs but feels that the demand for six free sessions per student is unrealistic and would require hundreds of new counselors.

“I don’t know how that would even be possible,” Craig said. “It would be at least 84,000 appointments, just individual counseling and nothing else. All the other great things we do would not be able to happen.”

“The CMHC has been underwhelming, to say the least, in their care for our fellow student body,” said Rezaie, the outgoing University Democrats campus director. “We decided that the University should step up in light of recent events and take some action and improve the CMHC, so that more tragedies don’t have to occur later on.”

Nine months ago, Craig said the CMHC had one case manager to connect students with outside resources, but with increased funding, they are currently working on expanding the case management team.

“UTPD should have zero involvement in first response to a mental health or a crisis situation,” Rezaie said.

Students Organizing for Support is also asking UT to implement mental health training for incoming students and create a committee to report on the status of mental health initiatives on campus by July 1.