Some students frustrated professors not listed on course schedule 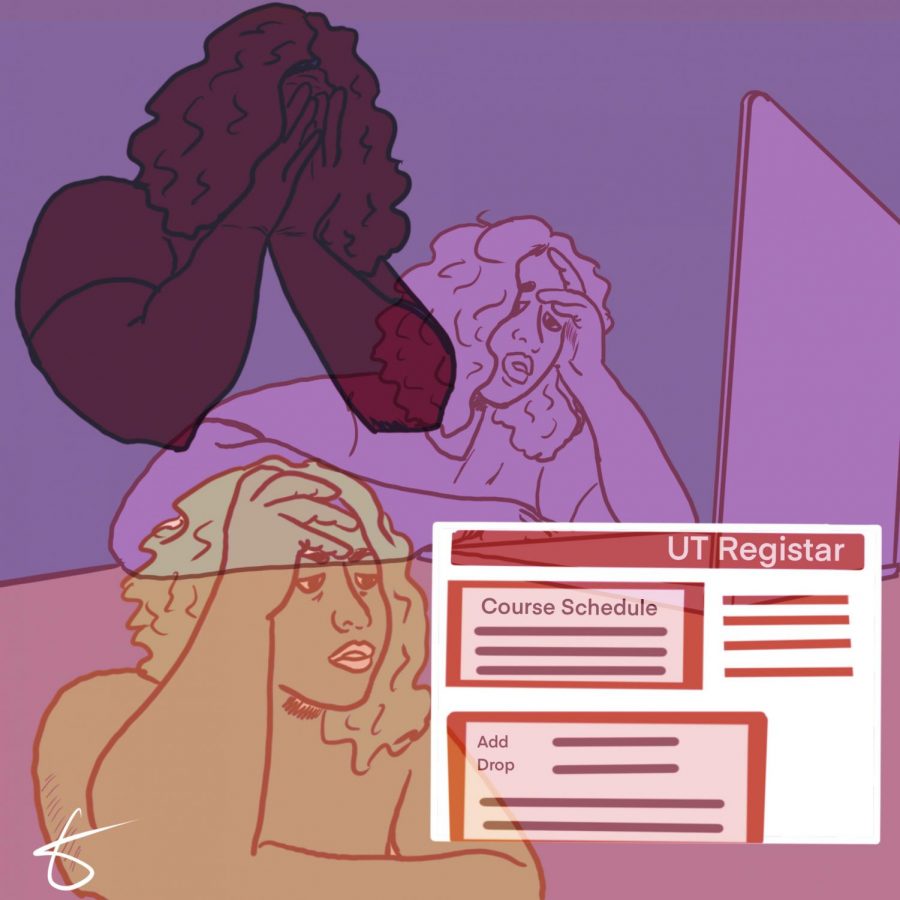 When some students registered for classes, they noticed there was no professor listed for the course, causing concerns about safety and class preparedness.

Chemistry junior Evan Hassan said they signed up for a class with no professor listed. When they later found out who would be teaching the class, they realized the professor, Sahotra Sarkar, was listed on a list of professors accused of sexual misconduct compiled by student organizations.

Hassan said they didn’t specifically need the class for their degree, so they could drop the class.

“I know there’s people who have to take this class for the degree and they don’t have a choice,” Hassan said. “If it were my senior year and I still needed that credit, I wouldn’t have had the luxury of just saying, ‘Oh, well, I don’t like the professor, so I’m going to drop it.

Hassan is on the pre-med track and said because GPA is a big factor in other life decisions, students should be able to know who the professor is.

“A lot of people use that UT Registration Plus extension, which shows grade distributions,” Hassan said. “I think that’s a fair way for people to decide how they want to take courses, especially when GPA is so determinative for things, especially for pre-med students.”

Kathleen Harrison, communications manager for the Office of the Executive Vice President and Provost, said instructors should be listed on the course schedule as soon as possible, ideally before the first day of class. Harrison said there can be multiple reasons why this might not happen.

“There can be delays in that process, however, and assigning faculty may take a little longer due to requirements such as the vetting of credentials for instruction,” Harrison said in an email. “Otherwise, the ‘results page’ of the course schedule will list the assigned instructor, and if a student ‘clicks’ on the unique number of the class, all instructors are listed as well as additional details about the class.”

Amod Daherkar, an incoming undeclared business freshman, said the class hasn’t had in-person instruction in over a year, and not knowing who will be teaching their classes in the fall adds to that stress.

“For the class of 2021, it’s weird because high school really ended like a random Friday before spring break over a year ago,” Daherkar said. “No one’s actually done anything in person since the middle of their junior year and then they’re going to go straight to college, and presumably, classes and everything will go back to being in person.”

Daherkar said it can be unfair when students with earlier registration times are able to register for classes with professors with better reputations.

“I think that could put me obviously at a disadvantage to a certain degree, compared to some of my peers who might have gotten a little bit luckier because then it’s kind of like you’re signing up blindly, and that’s kind of scary,” Daherkar said.