UT, prioritize your students for once 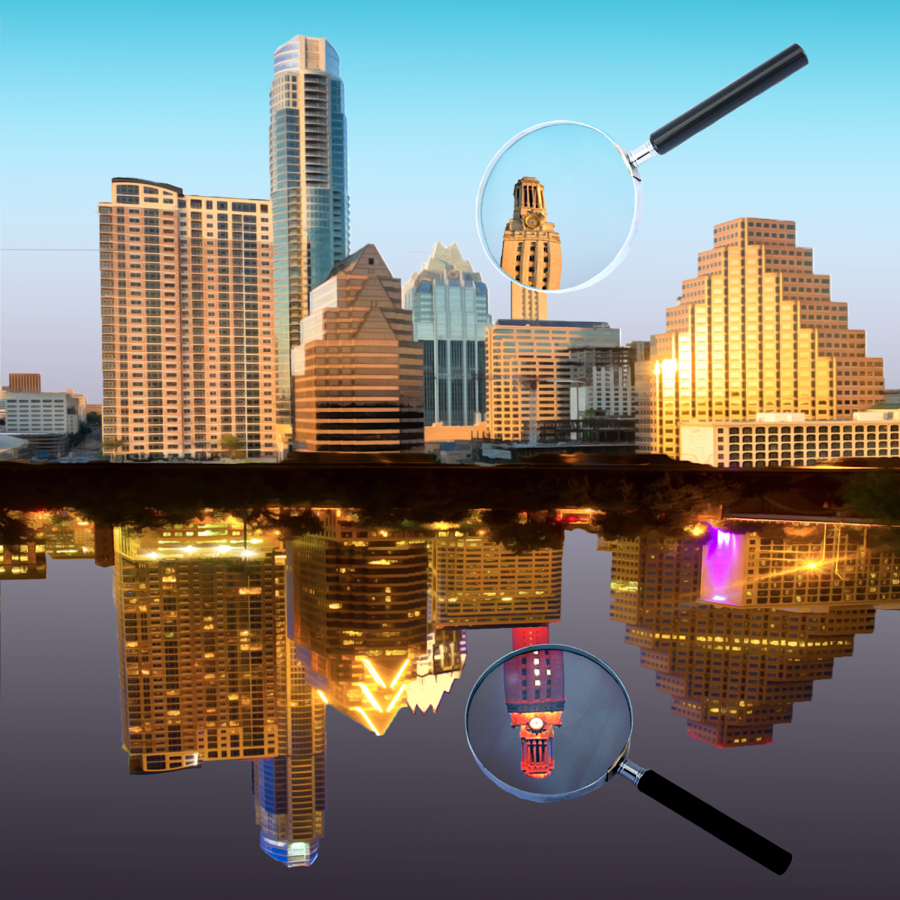 Editor’s Note: This article first appeared in the May 7 issue of The Daily Texan.

UT is a hard place to be right now. With an administration that seems to consistently and often deliberately ignore student demands and instead prioritize the interests of alumni and donors, it’s hard to believe things will change.

This spring, the editorial board covered a variety of topics: persistent problems with how UT collects our tuition, the University community’s response after February’s winter storm and the lack of transparency surrounding sexual misconduct reform on campus.

As we wrote, an underlying theme developed — over the course of this past year, UT administration has struggled to show how and why it puts students first.

Maybe that’s because it doesn’t.

Looking back, there are some decisions we can point to that give us hope. For example, UT still gave students a full week off for spring break after a number of class days were canceled during the winter storm. This break was much needed after our campus community was crushed by failures at the state level.

UT’s COVID-19 vaccine rollout has been undeniably impressive, with easy access to the vaccine on campus and high rates of full vaccinations. This is undoubtedly due to the hard work of UT staff and faculty members and encouragement from administrators to get vaccinated.

But we can’t ignore the problems either.

UT has still failed to keep students updated on sexual misconduct reform — in fact, despite multiple editorials and pressure from student activists, we haven’t heard from UT President Jay Hartzell (or anyone else) on this issue since July of last year.

If UT is hoping students will forget, that’s cowardly. If administrators themselves have forgotten, that’s even worse.

Sexual misconduct reform isn’t the only area in which University leadership has neglected student concerns this year.

The University has still — despite student athlete demands, pressure from student organizations, petitions, protests, a University-commissioned report (along with two reports challenging that report) and the pain and discomfort the song causes for Black students — refused to abandon “The Eyes of Texas.”

We know alumni threatened to withdraw their donations if UT administration did not stand by the song. We know members of the Texas Tour Guides are refusing to give campus tours until the University removes “The Eyes of Texas” plaque in the Admissions Welcome Center.

We know students were threatened by a man who appeared to be loading a large gun on camera at an Orange Jackets-led online event about the song.

At this point, defending the song so fervently can’t possibly be worth it. Students are angry and hurt by the University’s refusal to listen, and by its prioritization of financial stability and wealthy alumni over its current students.

It’s not a good look, either — stories about “The Eyes of Texas” are consistently circulating at national news outlets, and not in a flattering way.

Even with the rest of the country watching, the University can’t seem to do what is right –– choose a new school song, one that wasn’t used in minstrel shows.

Protests from alumni, and more importantly, donors, repeatedly seem to drown out the voices of students who are currently living and studying at the University. The people who are most directly affected by UT’s decisions.

UT, prioritize your students. As a university, it’s your job.