The Daily Texan • May 14, 2021 • https://thedailytexan.com/2021/05/14/spiral-director-darren-lynn-bousman-talks-designing-traps-leprechaun-hopes-puppets/ 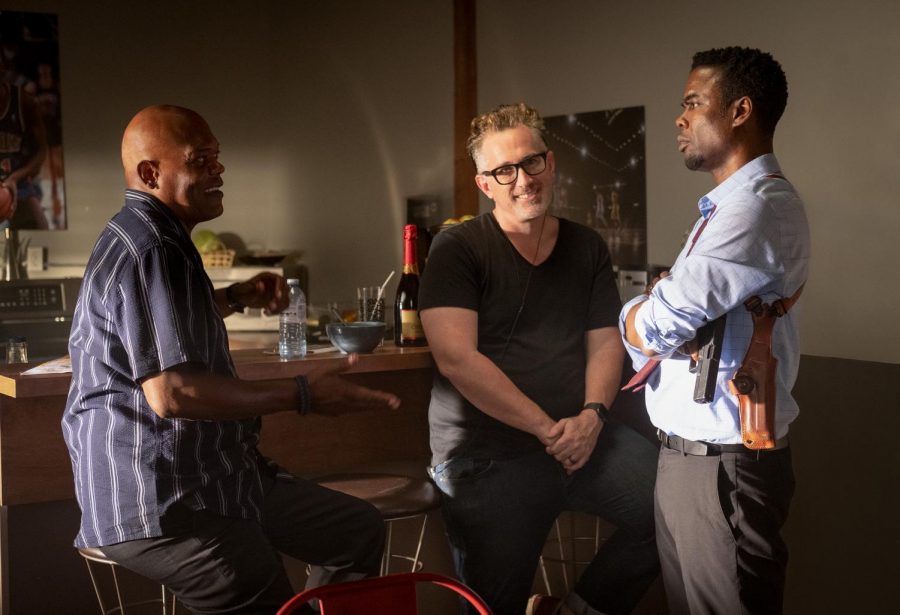 The newest installment in the iconic horror series “Saw” has arrived with “Spiral: From the Book of Saw.” The new film follows Detective “Zeke” Banks (Chris Rock) as he scrambles to track down a mysterious killer who is capturing and torturing officers.

The Daily Texan: What exactly is “Spiral?”

Darren Lynn Bousman: It’s not a sequel. It’s not a reimagining. It basically exists in the same world as the previous 8 films. It’s not “Saw 9,” but it’s the ninth installment. There is a soap opera to “Saw,” and those are (films) 1-8. This is not part of that soap opera, but it’s on the same network. We could very easily have a “Spiral 2,” but at the same time, we can have a “Saw 9.” They can both exist simultaneously.

DT: How are the iconic traps incorporated into the script?

DLB: There are placeholders in the script. It’ll say something like, “Boss dies in a trap.” We, throughout the course of the next month, figure out what that trap is. It’s based on the location. It’s based on the actor’s comfort level. Then, we put all these pieces together and we sit in a room with (the) production designer, stunts team, FX team and we figure out what we can actually pull off.

DT: I heard there was a trap cut from the film. Can you talk about that?

DLB: There was a scene that was cut from the movie. It just didn’t work. Believe it or not, sometimes traps can slow things down … I shot something in “Saw 4” that never made the cut, which was a trap that ended up in Saw 5. So there’s a chance that you might see this later.

DT: What “Saw” trap could you survive?

DLB: None. I would die. I would die absolutely immediately. If I had to do one though, it would probably be the needle pit. I think you can survive that one. I’m too much of a wuss.

DT: If you could work on any other horror franchise what would it be?

DB: The “Leprechaun” franchise. I don’t know why I have this love for cheesy fun movies.

DT: They really keep trying to reboot that franchise.

DB: They haven’t brought me into it. That’s what they need to do. I will resurrect the “Leprechaun” franchise.

DT: I support that endeavor.

DT: Was there always going to be a new puppet in the film?

DLB: I added it one week before shooting. I was just adamant that we had to have a puppet in here. I didn’t want to bring Billy back. So, I had an artist friend of mine design (a puppet), and I brought it to the producers and said, “This is our new puppet.”

DT: What do you think people underestimate about the “Saw” franchise?

It’s not just a blood and torture movie — there’s messages with all of them. The messages being “appreciate your life,” … “there are consequences to your actions,” (and) “there is retribution that will come based on choices that you will make.” I think there’s real artistry in horror.”