The Daily Texan • May 19, 2021 • https://thedailytexan.com/2021/05/19/longhorn-band-director-retires-cliff-croomes-to-become-first-black-director-of-longhorn-band/ 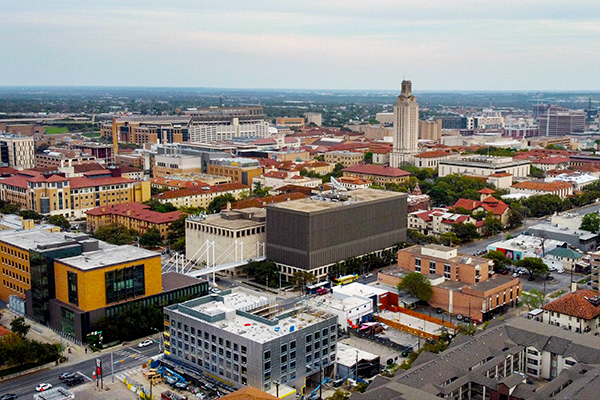 Current Longhorn Band Director Scott Hanna is retiring effective May 31. Cliff Croomes will become the 15th director of the Longhorn Band starting June 1 and will be the first Black band director at UT, according to a Butler School of Music press release.

“I am thrilled to return to my Longhorn roots at The University of Texas at Austin,” Croomes said in the press release. “I have a long history with the Longhorn Band, and it’s a dream come true to lead this program. I’m honored to work with these talented students as we write the band’s next chapter.”

Croomes graduated from the Butler School of Music in 2001 and is an alumnus of the Longhorn Band. Previously, he was the assistant director of bands at Louisiana State University. From 2001 to 2014, he also served as a faculty member of The University of Texas Longhorn Music Camp, according to the press release.

“The Eyes of Texas” History Committee released its report March 9, which stated the song was written in a “racist setting” but is not “overtly racist.” Since then, Longhorn Band members said there was a lack of communication about whether they would be required to play the song.

Since the release of the report, UT history professor Alberto Martínez released a report contradicting the committee’s report and an article detailing 100 problems with the song. Student organizations, including the Black President’s Leadership Council, the Senate of College Councils, Student Government and the Rewrite Not Reclaim campaign have released multiple statements against UT keeping the alma mater. State leaders also joined students to denounce the continued use of the song.