The Daily Texan • May 27, 2021 • https://thedailytexan.com/2021/05/27/lin-manuel-miranda-in-the-heights-cast-talk-differences-from-show-set-memories-dance-boot-camp/ 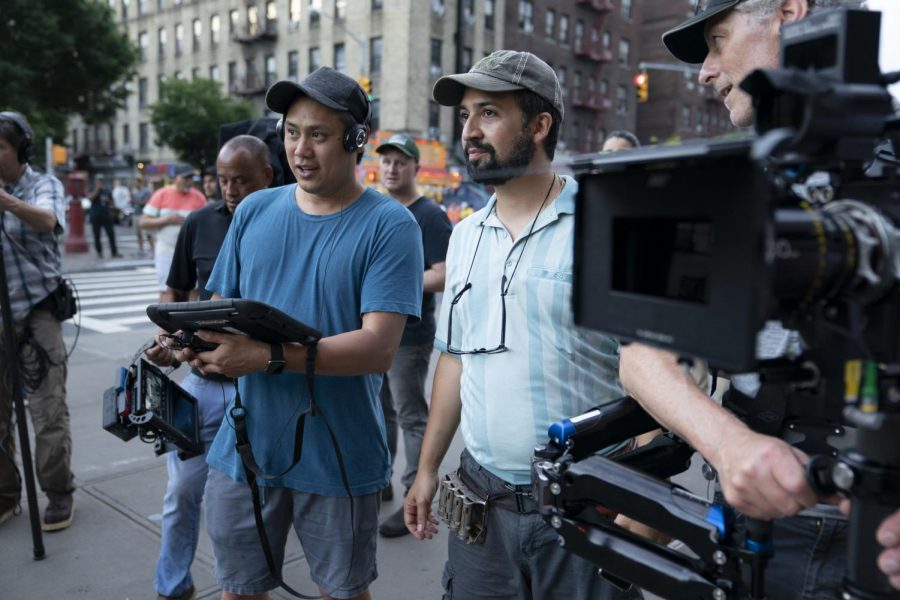 A film adaptation of Broadway’s “In the Heights” is finally hitting theaters and HBO Max in early June. The award-winning story follows Usnavi, a young bodega owner in Washington Heights, while he contemplates his dreams and aspirations. The Daily Texan spoke with songwriter Lin-Manuel Miranda, actor Olga Merediz and other cast members about their experience working on the film.

The Daily Texan: As the songwriter and producer of the film, how much did you collaborate with the director, screenwriter and choreographer?

Lin-Manuel Miranda: I think the biggest shift with this was that Quiara AlegrÍa Hudes really took on the screenwriting by herself and I think it was exactly the way it needed to happen. … I think she was a little braver to sort of cut things and re-order things without us both looking at the (show, which) we’d spent many years making together. I was kind of one of the last parts of the process. I was like, “Okay, they are in a different place in the blackout (compared to the stage production), so what are the musical sections that need to change for this new version of the blackout?” And then Jon, as the director, is interfacing with all the other departments: costumes, lights and choreography. But again, Quiara and I kind of lived in our departments. The fun of writing for theater and film is that you don’t work in a vacuum. You throw all your ideas into a center pile and then all departments kind of work on it and the best idea wins.

DT: Do you have a favorite memory from set?

Olga Merediz: I will never forget shooting my song “Paciencia y Fe” three levels down in the NYC subway system. It was 100 degrees. The oxygen was very thin and I had a wig on and prosthetics on my face. It was a night shoot. I went in at 5:30 in the afternoon and I got home at 7:30 in the morning. … I’ll never forget coming out of that tunnel finally and then seeing the producers (who) had been up all night. I was still up because I had just finished, and so I just said, “Good morning!” and they were (exhaustedly) like, “Good morning.”

Jimmy Smits: There are so many great moments that are going to be in my memory banks in terms of the film. … I was able to witness the “96,000” sequence which wasn’t a great day. It was shot in two days and it was kind of overcast and raining actually with 300 people in a pool. Jon Chu just put the movie on his back — he got in the water. There’s such joy that I see coming through the frames of the movie. … It’s like movie magic to the max.

DT: What was the rehearsal process like for the large dance and song numbers?

Daphne Rubin-Vega: We all got cast in early 2019 and then we got into what was like musical boot camp in April. Then in May we started dancing in choreography boot camp where we all got together and basically marinated. First it was musically learning the songs, (then) learning them together, (then) laying them down so that (we could learn) the choreography. … It was tight. All of May was devoted to that, so by June we had a clue and we had marinated to some degree.