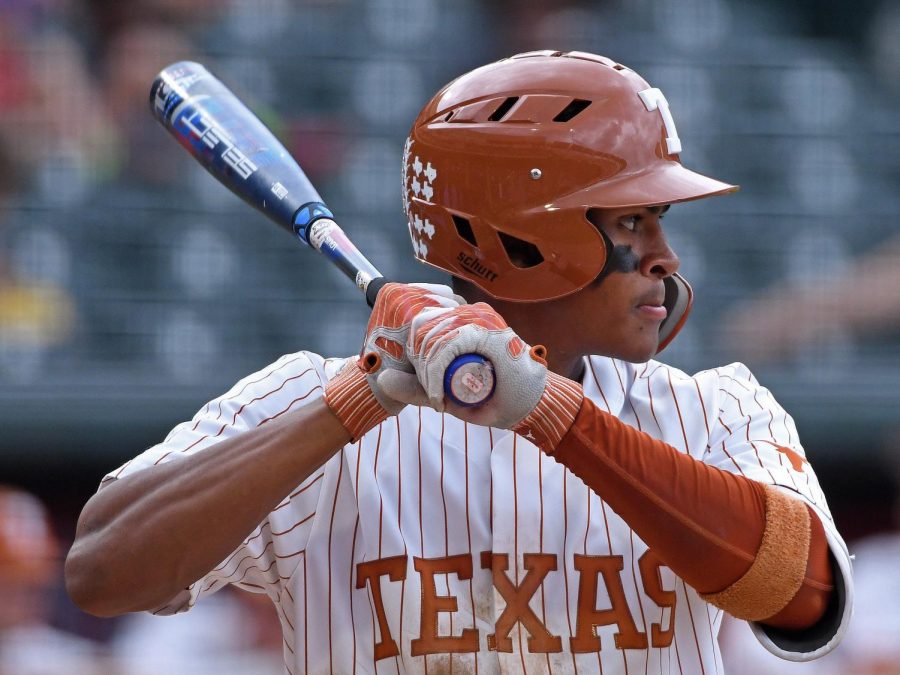 Douglas Hodo III strutted to the plate in the bottom of the third inning with the score tied 1-1 between the No. 1-seed Texas Longhorns and No. 5-seed Oklahoma Sooners.

The redshirt freshman outfielder needed to spark a dormant Texas offense in an elimination game in a Big 12 Postseason Tournament elimination game, and he had a chance to do some damage with Longhorn infielder Mitchell Daly already at first base. Oklahoma pitcher Braden Carmichael threw a fastball, which Hodo swung at with vicious intent and hit far down the right side of the field. Hodo sprinted to second base for a double and freshman infielder Mitchel Daly came home to break the tie and give Texas a 2-1 lead.

The Longhorns never looked back, as they scored two more runs and held the Sooners scoreless for the rest of the game, defeating Oklahoma 4-1 and keeping their tournament run alive.

After dropping the tournament opener against No. 8-seed West Virginia on Wednesday, Texas bounced back with their backs against the wall Thursday afternoon. The victory came in large part thanks to an outstanding pitching performance from redshirt junior Tristan Stevens.

“It was kind of a grind today,” Stevens said. “It wasn’t really the prettiest game, but we got the job done, and that’s what this team can do. Tomorrow we can put up a 10 spot for all we know, but we just have to take it one game at a time.”

Stevens gave up only two walks compared to four strikeouts on the day, and none were bigger than in the top of the seventh inning. Stevens fanned an Oklahoma batter for the out before Texas catcher Silas Ardoin popped up and threw a Sooner out trying to steal second base, ending the inning and the scoring threat.

Stevens exuded a calm command on the mound, but he was backed up by a Texas defense that had an impeccable fielding day. Redshirt junior Cam Williams recorded four assists and one putout at third base, including an incredible diving play in the top of the third inning to prevent the Sooners from putting another run on the board.

The bats came alive for Texas after a dismal outing on Wednesday night. Redshirt junior Zach Zubia drilled three hits and brought redshirt senior outfielder Mike Antico home in the fourth inning for the Longhorns’ third run of the game.

In a win-or-go-home game, the Longhorns played with tremendous passion and came out with a huge victory. With the win today, the Longhorns stay alive in the Big 12 Postseason Tournament and will play in another elimination game on Friday against the loser of Thursday night’s matchup between West Virginia and Oklahoma State.

The Longhorns weathered a gut punch in a shocking loss to West Virginia, and Texas’ head coach, David Pierce, said the team needs to keep responding to this type of adversity if they want to make it far in next week’s NCAA Tournament.

“We’re going to deal with adversity from now until we finish playing, until we win a national championship or we get eliminated,” Pierce said. “There’s a lot of great teams, so we’ve got to be cool-headed.”