When it comes to mental health, don’t treat diversity as an accessory 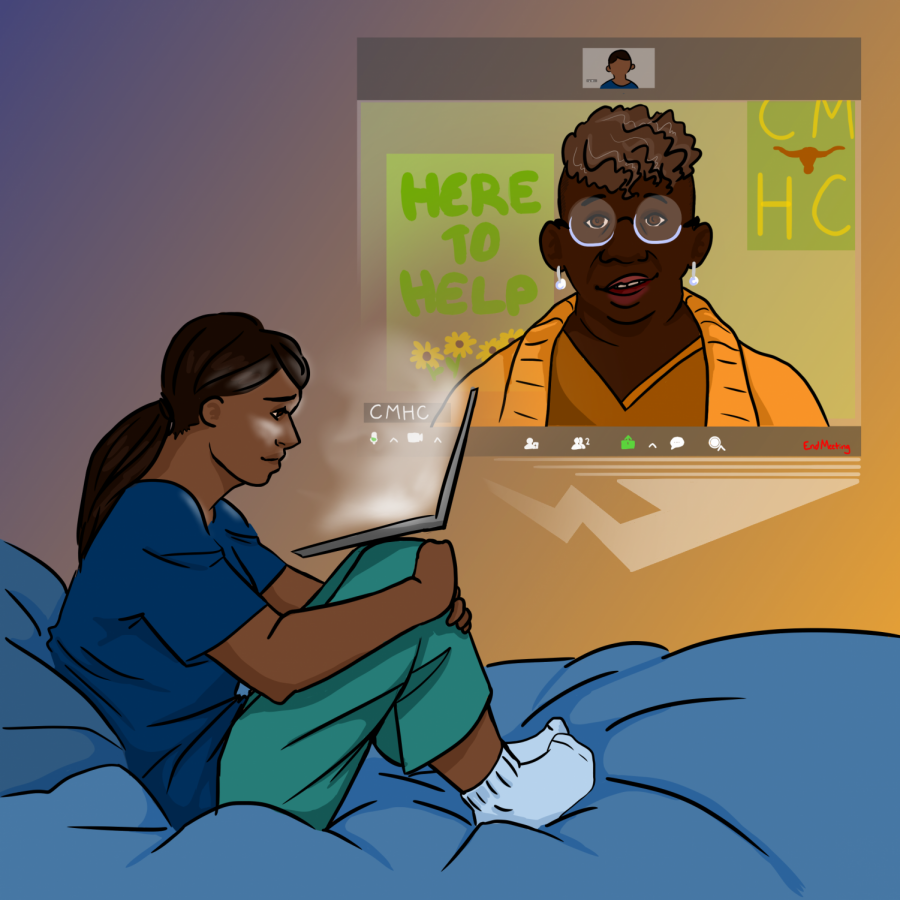 Correction: A previous version of this column incorrectly stated that the CMHC once  offered an online assessment, and that scheduling had to be done over the phone. It has been updated to reflect accurate information. The Texan regrets this error. It was also initially written that the support groups the CMHC offered were limited, but we chose to instead include the number of groups for added clarification.

I have never sought counseling. As a Black woman, I’ve thought about it plenty. I’ve fantasized about the compassion and unconditional support I could receive, about feeling deeply understood and heard — among all the other benefits good counseling can provide.

But until recently, I’d stopped short of visiting the Counseling and Mental Health Center (CMHC) website to actually schedule an appointment because of the conversations I’d had with my friends about their personal experiences. I’d been told that appointments are difficult to schedule, and my friends were deterred because they didn’t feel like CMHC counselors were equipped to address the intersection between their identities and their mental health.

It’s time CMHC expands its services and hires more diverse counselors. The needs of students seeking services are significantly shaped by their identities, and counseling that serves the entire UT community cannot be ignorant of intersectionality.

When I finally decided to go on the website to assess the terrain for myself, I scanned the website and noted that I would have to call CMHC for a brief assessment over the phone before scheduling my first appointment. That alone felt daunting to me.

The thought of getting on the phone to explain to a faceless stranger why I wanted help felt like a barrier. I decided to pivot and look through the support groups CMHC offered instead, and though there were over 40, I felt that I didn’t have much access to them because of the times they were offered.

Ultimately, I closed the page feeling a little stranded.

Over the next couple of days, I debated mustering up some courage to ask for help from that faceless stranger, but hearing about other experiences with CMHC counseling solidified my apprehension about the required initial brief assessment.

Junior psychology major Lexi Facundo described the counseling she’d received and what led to her decision to refuse additional sessions with her CMHC counselor.

“As a white man, his advice felt surface-level and he didn’t quite understand the complexities of my experience,” Facundo said in an email. “When I talked about my feelings of inadequacy and insecurities in social situations, he said ‘everyone gets imposter syndrome,’ and I no longer felt comfortable delving into my feelings about my chances as a minority in certain organizations and sororities that were mostly filled with white people.”

As it stands, CMHC is not equipped to provide adequate counseling to marginalized students. The website mentions the Center’s commitment to serving and increasing accessibility to a diverse student body.

“There’s been a big (push) in the past year, maybe years even, to be intentional in terms of how we are recruiting new clinicians into the center,” Stephanie Dodoo, CMHC’s Assistant Director of Diversity, Counseling and Outreach Services, said. “(I’ve) seen a new commitment to bringing in people who look like the students we’re serving.”

The current services the center provides and the limited availability of multicultural counseling harms underserved communities by alienating students.

“In the end,” Facundo said,“I was offered an opportunity to continue with my counselor as he finished his training, for free. But I ultimately decided not to, since our sessions were awkward at best and condescending at worst.”

When it comes to mental health, diversity should not be treated as an accessory. CMHC must continue to prioritize and expand upon new efforts to hire more diverse counselors as a necessary step in providing culturally competent counseling.

Sailale is an international relations and global studies second-year from Dallas, Texas.