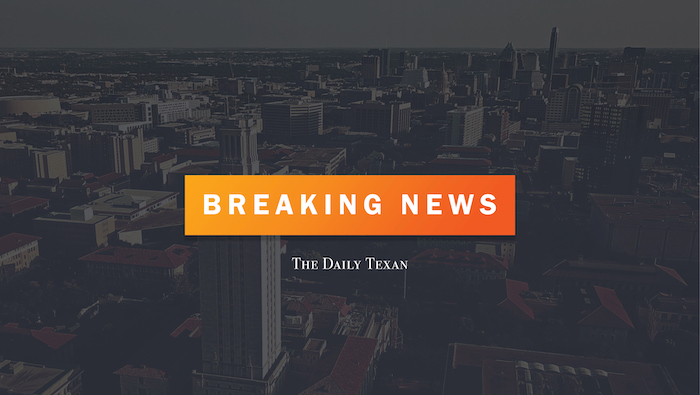 The Austin Police Department identified and charged a third suspect with the murder of Douglas John Kantor in the Sixth Street shootings Tuesday morning. Officials dropped charges against the 15 and 17-year-old suspects.

The bond for the third suspect is set at $1 million, said interim APD chief Joseph Chacon during a press briefing Tuesday. He said the suspect is not in custody and should be considered armed and dangerous.

Travis County District Attorney José Garza said he dismissed charges of aggravated assault, serious bodily injury, 2nd degree felony against the 17-year-old and the charges against the 15-year-old, but their office has not made final charging decisions.

“At this point in the investigation, dismissing these charges is what is in the best interest of this investigation and ensuring that we are able to put forward the best case we can as we focus on the person who is primarily responsible for the injury and death that took place on Sixth Street,” Garza said.

Chacon said the shooting started as a disagreement between two groups prior to the shooting in Killeen, and culminated when the two groups met on Sixth Street the morning of the 12th.

There were a total of 15 victims who were injured, according to an Austin Police Department news release Thursday. In previous reporting, 14 victims of the mass shooting were identified. Thirteen remain in stable condition, one remains in serious condition and Douglas John Kantor was pronounced deceased Sunday at 12:01 p.m.

The juvenile suspect arrested on Saturday has been identified as a 15-year-old and was sent to Gardner-Bettes Juvenile Detention Facility for deadly conduct. Deadly conduct means the individual used firearms without concern for others safety or considering the potential damage, according to Doug Murphy Law Firm. It is unclear what possible charges the suspect will face.

The 17-year-old arrested on Monday was charged with aggravated assault serious bodily injury, 2nd degree felony and has a $500,000 bond. It is unclear how much jail time the suspect they could be facing.

A 17-year-old has been charged with aggravated assault as an adult Monday afternoon for the mass shooting that occurred early Saturday morning on 6th Street. They are the second suspect the APD has taken into custody for the shooting.

The other suspect taken into custody Saturday afternoon is also a juvenile. APD is still considering what additional charges both individuals may face, which could include murder, attempted murder and aggravated assault. As the investigation continues, APD is trying to determine if one or both suspects in custody fired a gun.

APD has not released possible motives or the identity of both suspects taken into custody.

One of the critically ill victims, Douglas John Kantor, was pronounced deceased on Sunday at 12:01 p.m., according to a news release from the Austin Police Department.

One suspect has been arrested by the Austin Police Department for the mass shooting that occurred overnight on 6th Street.

Chacon said “almost all” of the victims are believed to be innocent bystanders, and they do not believe the shooting has a connection to the Republic of Texas Motorcycle Rally.

Chacon also said the incident appears to be an “isolated incident between two parties.”

Thirteen people have been injured after a mass shooting on 6th Street around 1:30 a.m. Saturday morning. There are no fatalities at the time of publication, but two victims are in critical condition, according to Chacon.

Chacon said that at 1:24 a.m. emergency services were notified about the sounds of gunshots at 400 block of East 6th Street. Police have yet to arrest or identify any suspects. It is unclear at the time of publication how many gunmen there were or what type of weapon was used, but it appears the shooter fired randomly, Chacon said.

“Sixth Street on a Friday night is very busy,” Chacon said in a media briefing Saturday morning. “The streets are barricaded, and we have large crowds. We’re seeing crowds like we had seen prior to COVID and they’re in the street and very active.”

Chacon said he cannot say if there is no further public danger at this time because the suspect is not in custody, but the shooting appears to be isolated to the downtown area. Austin Police will notify the public if there is an immediate threat.

The crowds in the street made navigation difficult for EMS vehicles, so Austin Police used their vehicles to transport these victims to the hospital. Chacon said six patients were transported by Austin Police, four by EMS and three by personal vehicles.

Chacon said officers had their body cameras on and the footage will be reviewed as the incident is investigated further, along with other security cameras in the area.

The FBI has been notified about the situation and are assisting in the investigation, Chacon said.

Austin Police are asking anyone with information regarding the shooting to call 911 or 512-472-TIPS.