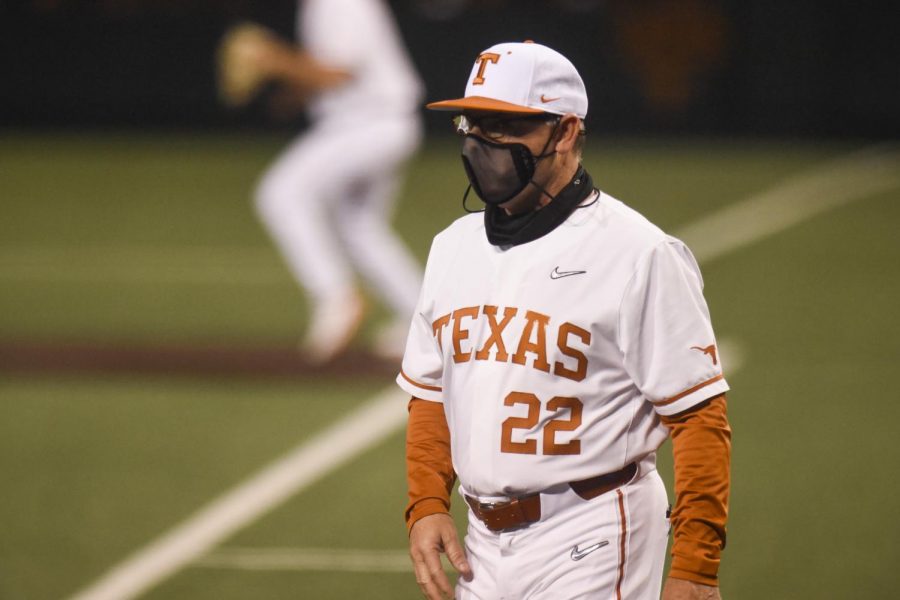 In his 32nd year of coaching baseball, Texas head coach David Pierce is taking the Longhorns to the College World Series for the second time in his five-year tenure with the program.

After advancing without a single defeat through the Regional and Super Regional, Texas earned a spot in the second bracket for the CWS. Tennessee, Virginia and Mississippi State stand in the path of the Longhorns’ chance of playing in a championship series for the 13th time.

At this stage in the season, most teams are facing their opponent for the first time. But that is not the case for Texas, as the Longhorns have a sour taste in their mouth after falling to Mississippi State in Arlington to open up the season.

Instead of approaching this rematch as a revenge contest, the Longhorns are just looking to play up to their potential. After all, this Texas team is completely different from the one that opened up the season with three straight losses.

“We’re not playing Mississippi State in a revenge game because we were 0–3 in Arlington, and they were one of the teams we opened up with. We understand they’re a very good team,” Pierce said during a Wednesday teleconference. “Our intent is to go out and totally focus on ourselves and our team and what we do well.”

Texas didn’t start the season looking like a CWS bound squad. Pierce recalled when his team struggled mightily against rival Texas A&M on March 30, a program that ended their year a mediocre 29–27. With the offense in a slump, the Longhorns’ coaching staff decided to stop making changes to the lineup and instead keep the current one to build cohesiveness.

“We made a commitment to our lineup, and I think that eased some players’ minds,” Pierce said. “I think that’s the biggest turning point.”

When comparing his current team to his 2018 squad that made the CWS, Pierce says that everything is different from the mentality to the team in general.

This year’s team is different in every fashion from the 2018 squad that made the CWS. Pierce said Texas expected all year to get to Omaha, and that they know the job isn’t finished.

“Going in there this year, there’s never been any thought of ‘Hey, we’ve made it to Omaha,’” Pierce said. “It’s the only thought that we’ve had. It’s the next step, we’re going to Omaha to win this thing.”

Part of the reason this version of Texas is different is Pierce’s updated approach to practice mentality and schedule. Instead of loosening up certain aspects during training, the entire coaching staff has kept a high level of training that they hope will continue to pay off through the final stretch of the postseason.

“The one thing I’ve done different this year, as opposed to ‘18, (is that) we didn’t back off of anything that we do in our practice, ” Pierce said. “We want to stay sharp. Yesterday (in practice), we went four hours in that heat and we played seven innings.”

Instead of relying on one aspect of the offense, Pierce believes that his batters can display different abilities when asked. From hitting the long ball to bunting, this might be the most clinical lineup Pierce has had during his coaching career.

“We have the ability to score in other ways than the long ball,” Pierce said. “We’ve had some success with the long ball, but we’ve also hit more doubles than we’ve had in previous years.”

After No.1 seed Arkansas was eliminated during the Super Regionals, Texas now holds the highest remaining seed in the tournament. At the end of the day, the Longhorns know that ranking doesn’t matter if they don’t go out and play their game.

Hoping to return to Austin with a CWS title in hand, Pierce knows that no matter how well his team plays, there has to be some magic in Omaha to win it all.

“The pieces (have to) fall into place,” Pierce said. “You got to have a little luck (and) you got to stay healthy. It’s just got to work out.”