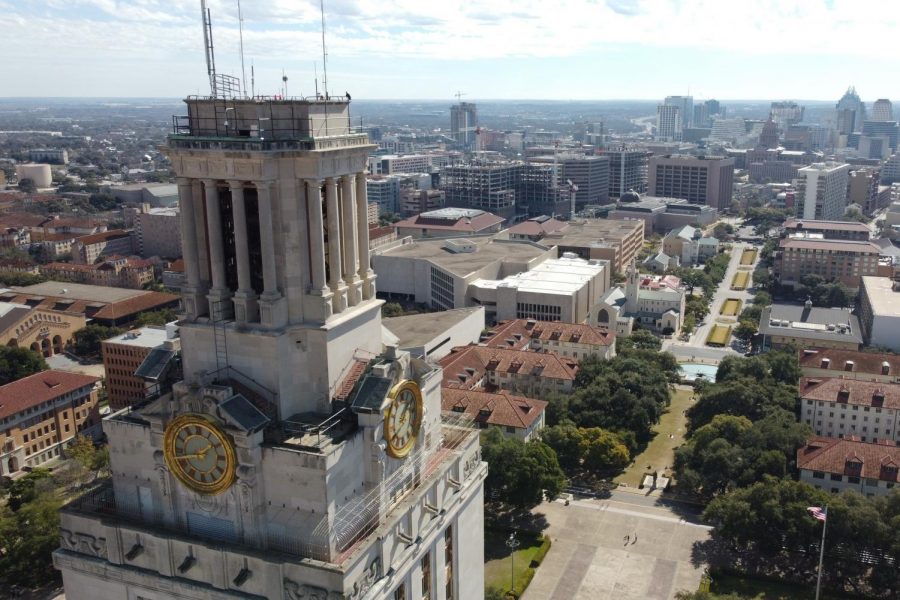 Changes will include merit-based salary raises for UT employees, structural adjustments for tenured professors and hourly workers and additional University funds as a result of the 87th legislative session’s decision to add $300 million to statewide academic funding.

J.B. Bird, director of media relations for the University, was not able to specify what percent of their salary the raise would be.

“This information (for raises) is being determined and will be shared directly with the staff,” Bird said. “Compensation for work starts September 1.”

Bird said the University plans to adjust salaries for tenured workers to match competitive rates at peer institutions. Although the email also mentioned salary changes for the lowest paid hourly workers at the University, Bird did not comment on what these changes would entail.

The 87th Texas Legislative session added $300 million for statewide academic funding, with $18.1 million going to UT-Austin. The University did not say what they plan to do with the $18.1 million as of yet.

In the email, Hartzell said the year has brought several changes and societal concerns into the University’s focus. This led to the appointment of professor Allan Cole, senior associate dean for academic affairs at the Steve Hicks School of Social Work, as the deputy to the president for societal challenges and opportunities — a new role at the University.

“My role is going to be to bring together campus expertise and resources in conversation with community partners to try to make progress on things like affordable housing, homelessness and mental health,” Cole said.

While Cole said he does not know who the University’s partners are, he said the initial phase of his work would be bringing up conversations between different groups who have the ability to contribute to the University’s progress along with the Austin community.

Cole also said mental health would be one of his main focuses due to the toll the past year has taken on students.

“I hope to bring together resources such as faculty expertise so we can contribute to improving some of the challenges tied to the issues,” Cole said.

Hartzell wrote about the Strategic Planning Process, an initiative the administration began earlier this year. The SPP has since conducted conversations and listening sessions with more than 1000 members of the University as part of their Phase 1 process, Hartzell said in the email.

Bird said that Phase 1 is an aspirational vision for the University that outlines where they want to be in the next 10 years. At the moment, Phase 1 is still ongoing, he said.