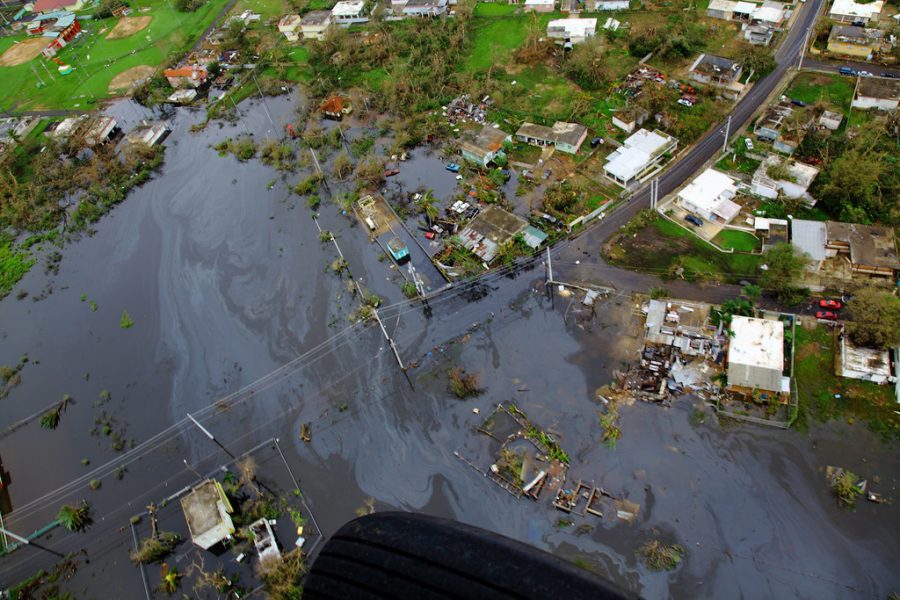 Courtesy of the US Department of Defense

UT faculty are examining the causes and effects of the 2017 Hurricane Maria in Puerto Rico through a series of studies and are calling for better preparation for future storms intensified by climate change in a new report released this May.

The studies, led by Carlos Ramos, a geography and environment associate professor, detail Hurricane Maria’s lasting effects on Puerto Rico and how climate change has intensified tropical storms that require the country to better prepare for stronger future storms.

Ramos, who was born and raised in Puerto Rico, said the first study he and his team conducted found Hurricane Maria produced the greatest amount of rainfall ever recorded in the island’s history, with 25 to 30 inches of rainfall in eight hours. The second study found Maria triggered more than 70,000 landslides, a world record for a tropical storm, he said. The third study found the landslides made by Maria caused sediment to fill the island’s main reservoirs, depleting the island’s access to drinking water, said alumnus Briella Vest, who worked on the study.

Alumnus Caroline Garnett, who worked on the recent study, said streamflow levels identify the volume of water in an area and measure the severity of flooding. Throughout Puerto Rico’s history but especially after Hurricane Maria, streamflow also hit levels similar to world record floods, highlighting the increased intensity of hurricanes, she said.

“The federal response was incredibly, incredibly slow,” said Mónica Jiménez, an assistant professor of African and African diaspora studies who is of Puerto Rican descent. “There are people who are still living today in devastated houses or people who were forced out of their homes who have not been able to return to them.”

Hurricane Maria, a category 5 hurricane, was one of the most devastating natural disasters for Puerto Rico, according to Mercy Corps, a humanitarian aid organization. It left many Puerto Ricans without electricity for months and 130,000 Puerto Ricans left their homes between July 2017 and July 2018. The storm caused at least 2,975 deaths and left the island with $94.4 billion in damages.

“Climate change is here, we’ve seen its manifestation, we’ve seen … the type of event that we have been projecting (has) already occurred,” Ramos said. “We cannot talk about climate change in the future tense.”

Ramos said Puerto Rico needs to be better prepared for future storms with similar or greater magnitude than Maria. He said the island relies on calculations using data collected from before 1994 to determine a storm’s impact. But this data is old and must be updated with information from recent years, Ramos said.

“Those equations must be updated so that (the island) can react to what Puerto Rico has experienced over the past 20 years or so,” Ramos said. “This is important for us and you need to pay attention to this, you need to start the wheel for us to be better prepared in the future.”