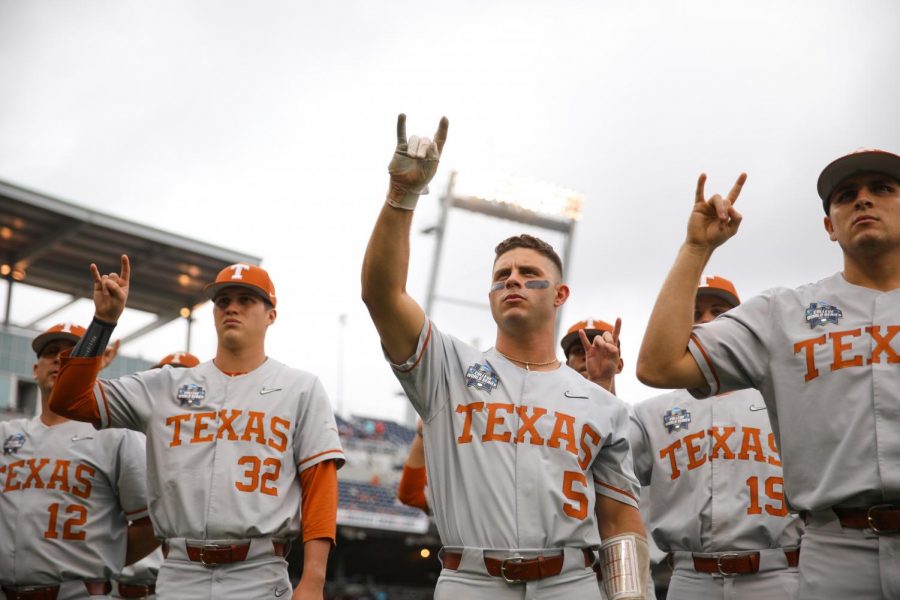 After failing to bring home the game-winning run from second base with one out in the top of the ninth inning, Mississippi State had a chance to walk off against Texas. Redshirt sophomore pitcher Cole Quintanilla, who came into the game during the sixth frame, struck out the first batter before hitting another batter with a pitch.

A pinch runner quickly came into the game and stole second base, putting the Bulldogs in a walk-off situation. In a 1-1 count, Quintanilla hung a ball in the bottom of the zone as the batter sent it to left-center field, bringing home the game-winning run and eliminating Texas 4-3.

A season that started with a loss to Mississippi State ended Saturday night in the exact same manner, but this time it wasn’t in Arlington; it was Omaha.

For a Texas team that opened the College World Series with a loss after setting a team strikeout record and having to fight its way through three straight elimination games, it hurts to fall just one run short in the end. Redshirt senior outfielder Mike Antico wouldn’t have it any other way. He said he believed their run in Omaha showed what the team was made of.

“We definitely took the hard route to make it to the final, but I think that shows the character of our team,” Antico said. “We lost that first game, and we scratched and clawed our way back. We came up just a little bit short, but you know, this team has done it all year, just battled and fought, and (we) came up a little short.”

Even though Quintanilla ultimately gave up the game winning run, Texas head coach David Pierce believes the pitcher has progressed tremendously. Coming into the game in the sixth frame and giving up no runs in a bases loaded situation is something to grow on.

“I think you just watched another young person just grow up right there on the mound,” Pierce said. “We’ve all seen some tremendous outings, but you just watched him grow up to basically feel like he can do pretty much anything on that mound if he just puts his mind to it. I think it’s tremendous.”

Both teams found themselves in the exact same situation in the ninth inning with a runner on second base and only one out.

Now that the season is over, Pierce is able to reflect on what a special group of athletes the team was. Pierce has been a baseball coach for 32 years, but he said there will never be a team like this year’s College World Series team.