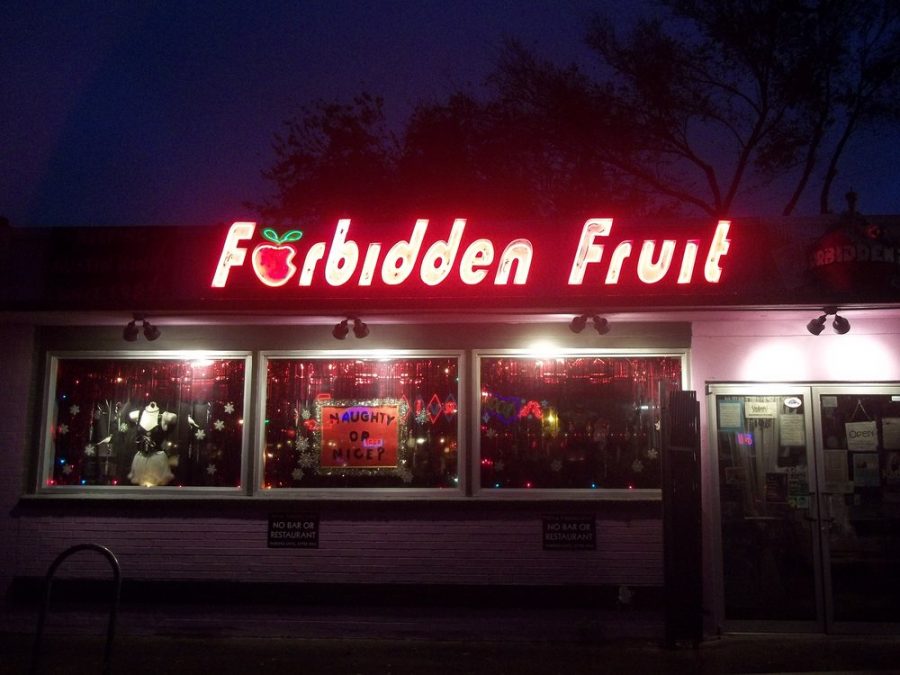 Every day when he goes into work, Jonny Reynolds gets to be a leader, community activist and educator. He works at Forbidden Fruit, one of Austin’s local sex shops, as the general manager and sex workshop coordinator.

“The idea behind our workshop series is to put that education out in the community,” Reynolds said. “We usually cover things that people might not be comfortable talking about with their friends, so we offer that space so they can talk to us.”

Fifty-eight percent of Texas school districts take an abstinence-only approach to sex education, and 25% don’t include sex education in their curriculum, according to the Sexuality Information and Education Council of the United States. Fifty-nine percent of high school students reported going to college as virgins and, without any guidance, said they feel intimidated by sex.

Brooke Rader, an alumna and pro-sex advocate, believes that sex education can help everyone feel safer and more comfortable with their sexuality and sexual experiences.

“I think it’s important to promote sexual wellness in the community, especially when so many sexual topics are still considered taboo to some people,” Rader said. “Texas doesn’t exactly have the best sex ed programs in schools, so a lot of people here go into it unsure of how everything works.”

Forbidden Fruit has been voted Austin’s No. 1 sex shop for 23 years by the Austin Chronicle and is co-owned by sisters Lynn and Jere Raridon.

“I’ve always been a big believer and proponent of education and knowledge, so I came up with the idea of holding our first workshop with other members of the sex-positive community,” Lynn said.

“Discovering Your Dominance” was the first workshop at Forbidden Fruit, focusing on subjects relating to bondage, dominance, sadism and masochism safety and awareness. Many subsequent workshops followed, featuring local sexual health professionals and experts such as Cay Crow, a certified sex therapist.

Reynolds said Forbidden Fruit welcomes everyone into their store, no matter their sexual orientation or gender identity. Reynolds encourages the use of non-gendered language in the store to help shoppers feel safe as they explore.

Reynolds said Forbidden Fruit has been “keeping Austin kinky” for 40 years and will resume their workshop series this fall after a hiatus during the COVID-19 pandemic.

“What I want people to know is that when you walk into Forbidden Fruit, we see you as a person to educate, not just a dollar bill,” Reynolds said. “Your sexual health is not dependent on your consumerism. We want to teach people about what they want to do and how to do it safely.”