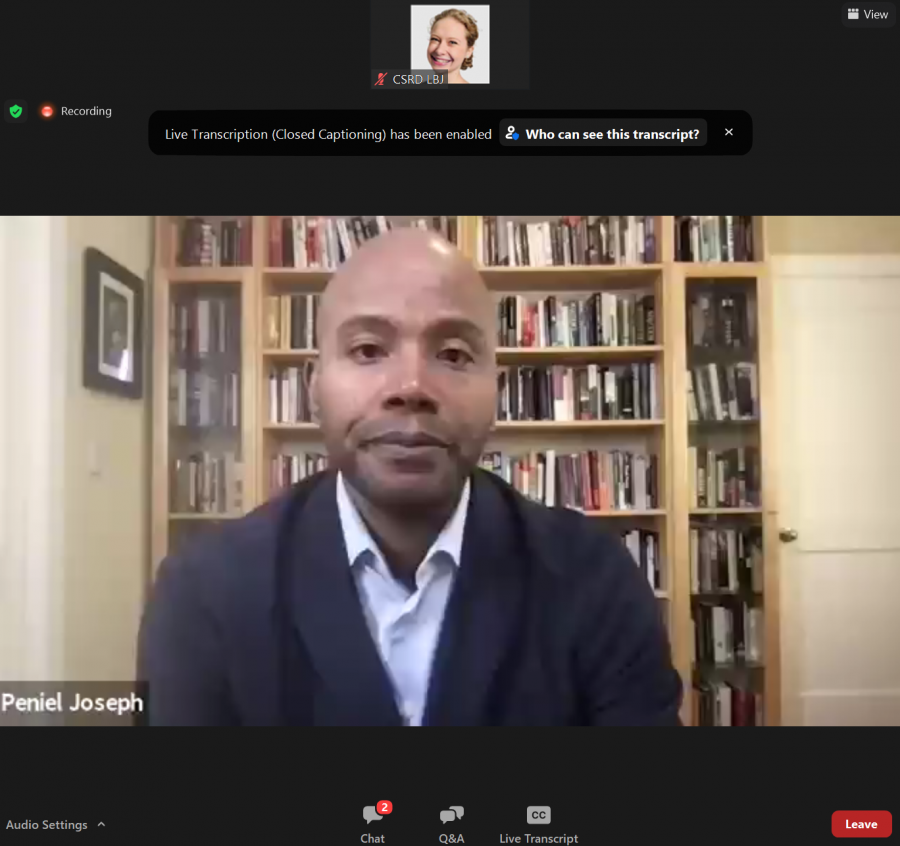 Juneteenth, now a federal holiday, celebrates June 19, 1865, when over 2,000 Union troops brought the news to Galveston Bay that the federal government abolished slavery. The 250,000 formerly enslaved people celebrated with their own independence day.

The summit was hosted by Peniel Joseph, a professor at the LBJ School of Public Affairs. Some of the key speakers included Richard Reddick, associate dean for equity, community engagement and outreach, and Keffrelyn Brown, professor of cultural studies in education.

During the virtual summit, guest speakers talked about the history of Juneteenth, the present state of the Black experience in America and what changes can be made in the future.

“I wanted the center to host a flagship event for us that would be annual, looking at both the history, but also our present and our future,” Joseph said. “We’d be thinking about racial justice in a panoramic way.”

Brown said that because she grew up in Texas, she has always been familiar with Juneteenth but was especially glad the day has received more exposure through the years.

“Growing up, I didn’t learn about (Juneteenth) in school,” Brown said. “I always thought of it as something that Black people in Texas celebrated since no one outside knew about it.”

Joseph said he did not know of any other faculty-led organizations that held a commemorative event for Juneteenth. He said even though Texas has recognized the day for over 40 years, the celebrations can come with mixed emotions.

“I think that to celebrate the day, you have to celebrate why the day exists and there might have been some reticence and a lack of one wanting to celebrate in fear of having a full breadth of conversation,” said Azeem Edwin, student body president at the LBJ School of Public Affairs.

Edwin, a local policy and law graduate student, said while the Juneteenth Freedom Summit is a step toward achieving racial equality and awareness on campus, it is not the end of the fight for students of color.

“Every moment you have to think about the fact that you have to fight for your seat is a moment that you don’t get to think about being a regular student,” Edwin said. “That burden is placed on students of color to always feel like they have to prove themselves and always be involved in technical committees.”

Brown also said the University has a long way to go to help students of color feel welcome and fully integrated on campus.

Joseph said he plans to conduct the Juneteenth event in person next year and expand it from two hours to half a day. He hopes the Juneteenth Freedom Summit can become an annual occurrence, raising awareness among people who attend.

“The University has to engage in ongoing work, making sure that students of color feel comfortable and … like they belong,” Brown said. “This is one small symbol towards a larger cultural change.”