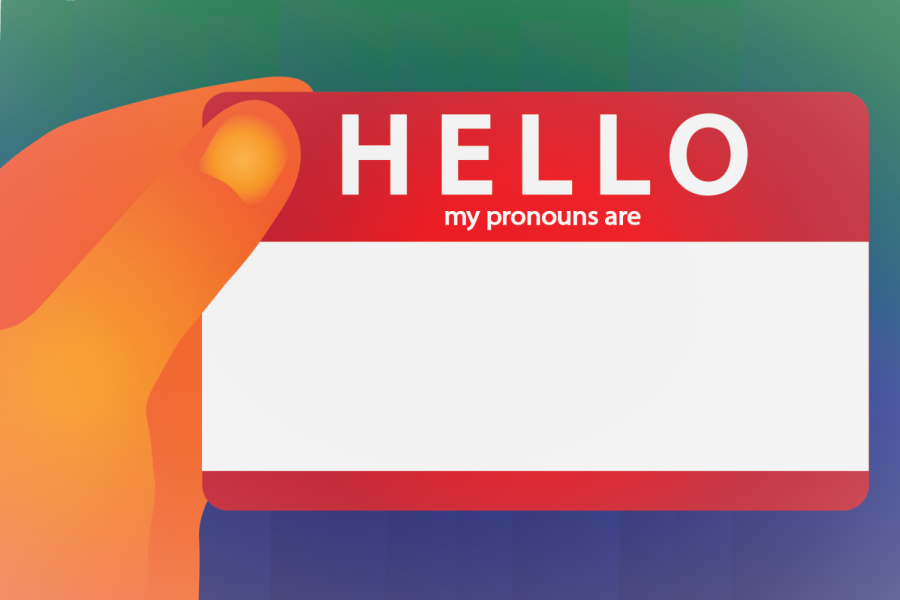 Editor’s Note: This article first appeared as part of the June 29 flipbook.

I will never forget when my high school best friend told me they would prefer I refer to them using they/he pronouns. While this was a simple change on my end, it helped them to feel respected and accepted for their identity. That’s how everyone deserves to feel.

To better cultivate a safe campus culture for LGBTQ+ students, New Student Services must introduce a mandatory event to freshman orientation that teaches students about the importance of pronouns.

While orientation events such as Discover UT Resource Presentation allow for the Gender and Sexuality Center to talk with students about LGBTQ+ information on campus, none of them are mandatory. Thus, even though pronouns are an integral element of identity and daily life, education on their use is minimally integrated into orientation.

Savannah Tiber, an incoming theatre education freshman, reflects on their own experiences with pronouns during orientation this summer.

“I would say (pronouns were) something I barely heard about,” said Tiber. “On Zoom, I made sure to put my pronouns with my name, but there really wasn’t much I heard of or saw regarding pronouns just in orientation in general.”

When we fail to educate our students on the importance of pronouns, we facilitate an unsafe campus culture that normalizes misidentification. Freshmen, among all other students, deserve to feel safe and accepted as they enter a new and unfamiliar environment.

Adrienne Hunter, a women and gender studies, radio-television-film, and anthropology fifth year student who uses they/she pronouns, described their frustrations with professors being insensitive toward their pronouns.

“Even though I’ll introduce myself with my pronouns, it will be in my Zoom corner, and when professors get it wrong, I’ll mention it to them in an email or in office hours, (misidentification) still happens really frequently, which is frustrating,” said Hunter.

While orientation advisers can choose to integrate pronoun discussions into their nightly small group meetings, this must become a required element in all orientation sessions. There, students can learn about when to use pronouns, how to intentionally and respectfully ask others about their pronouns, and the meaning of allyship.

“We focus the required programming on getting students registered for classes and helping them make some connections on campus,” said St. Nicholas. “We have students that come from all walks of life and different periods in their journeys, so (fewer mandatory events) allows them to really customize the experience that they want out of (orientation).”

A brief glance at the hybrid and virtual freshman orientation schedules reveals that all required events only take up a couple of hours over the three-day period. There is more than enough time in the schedule to introduce a 30-minute mandatory assembly that could prove both minimally time-consuming and extremely beneficial for students.

Inviting a guest speaker to come discuss the importance of pronouns would allow students to learn from someone else’s firsthand experiences. Even something as small as having students put their pronouns in their canvas profiles could provide a safe space for students to express themselves, feel represented and connect with others.

When the topic of discussion is pronouns, New Student Services shouldn’t take educating students and cultivating inclusion lightly — especially during freshman orientation, when our impressionable new class of Longhorns is looking ahead to their next four years.

Krautkramer is a Plan II honors and undeclared business sophomore from Grapevine, Texas.