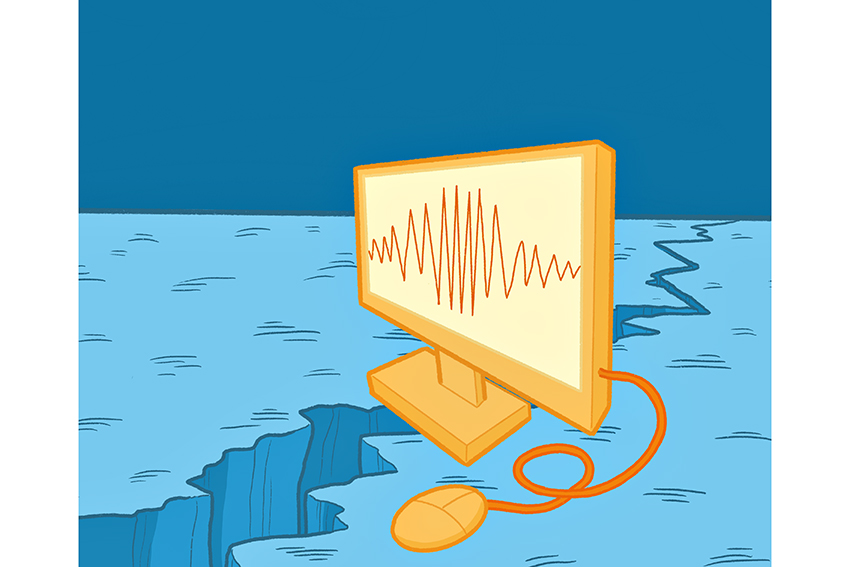 The research was inspired by the 2011 earthquake in Christchurch, New Zealand. The earthquake left infrastructure damaged due to a process called liquefaction, which occurs when soil turns from solid to liquid and loses its strength.

With many possible applications such as first response, urban planning and prevention, Durante and Ellen Rathje, an earthquake engineering and natural hazards professor, say they hope to expand this model beyond the 2011 earthquake.

Durante and Rathje said the team wanted to use artificial intelligence to supplement their own expertise and look at the occurrence of lateral movement and level of displacement due to the shift of the soil during the earthquake.

“Something we wanted to do from the beginning was to not use the model as a blackbox, instead, we wanted to put our own expertise on it, looking at each model and its responses and behavior,” Durante said.

The supercomputer developed each model based on the data gathered from the Christchurch earthquake.

“This is probably the most extensive data set of the movements due to liquefaction of the soil, with thousands of data points and thousands of displacement movements,” Rathje said.

However, developing the model came with obstacles, including analyzing the robust data and converting it into data that can be processed by the Frontera Supercomputer.

Durante and Rathje said they collaborated with a team at the Texas Advanced Computing Center and used the Frontera Supercomputer to train and test the model. The Center and Rathje are also associated with the DesignSafe project, a cyber infrastructure to support the natural hazards community with high process computing.

“Our main mission here at the TACC is to support different scientific disciplines through the use of computational research and this was a great opportunity to watch it all come together,” said Tim Cockerill, the Center’s director of user services.

Rathje said the team is waiting to test this model on a larger area and on data from different earthquakes.