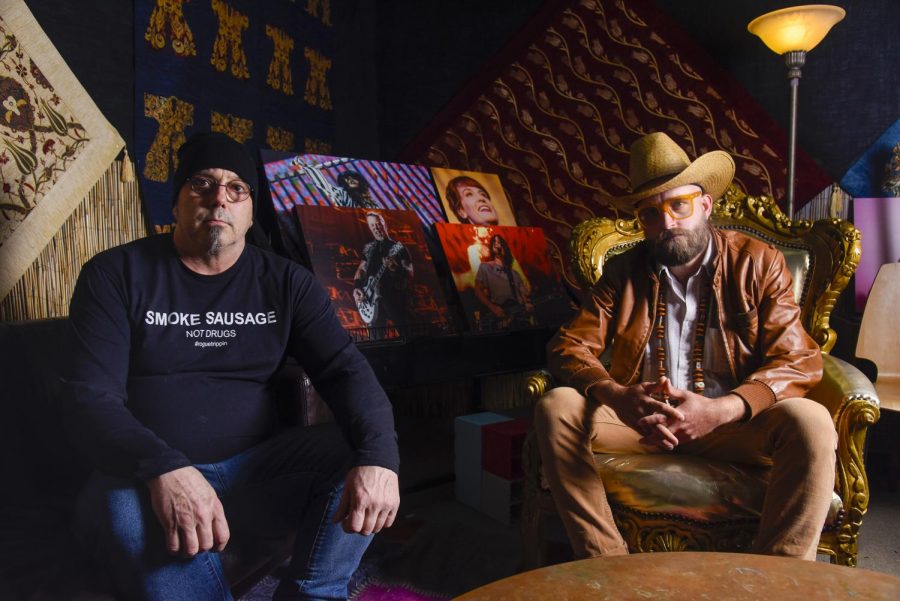 Editor’s Note: This article first appeared as part of the July 6 flipbook.

CW: This article contains themes of addiction, substance use and recovery and mentions of suicide, overdose and mental illness.

Spinning tracks and entertaining the misfits of San Marcos, Phil Owen fell in love with music the first time he DJed at Wild Bills, a punk-rock-new-wave staple. The gig intended to pay for college quickly became his livelihood.

“I would DJ all around the state at different nightclubs,” Owen said. “I ultimately was asked by the singer of the band Ministry to start my own band, … (so) I started up a band of friends … and here we are 32 years later.”

Creating the punk rock band known today as Skatenigs, Owen’s journey of headbanging hits and electric guitars also involved substance use. What started with marijuana and alcohol in middle school turned into 35 years of polysubstance use.

“The excuses I created for myself with not being able to work or trying to sustain my drug habit is like a dog chasing his tail,” Owen said. “Chaos had become comfortable and it was what my normal was.”

Like Owen, musicians across Austin have fallen victim to addiction.

In an industry with higher depression and anxiety rates than the general population, music professionals find escape and relief in substance use, especially when alcohol and drugs become commodities, according to Patsy Dolan Bouressa, SIMS Foundation executive director.

“When you’re just starting your career and you go into a venue to put on your show, a lot of times you’re getting paid in beer. That’s it. There’s no money,” Bouressa said.

The SIMS Foundation focuses on mental health and substance use aid for musicians, music industry professionals and their dependent family members. After beloved Austin musician Sims Ellison died by suicide in 1995, the non-profit was formed in his honor.

In 2020, SIMS provided 10,855 counseling sessions, 996 psychiatry visits and 832 substance use disorder treatment days. However, the pandemic caused fundraising to dry up, limiting the number of musicians who could receive help.

Bouressa said the number of people requiring SIMS support declined during the pandemic because individuals were staying home. However, as Austin’s music scene slowly increases its activity, she said more and more people are actively seeking help.

Croy and the Boys drummer Casey Seymour said a surplus of addictive substances plague party environments in the music scene. Even though he doesn’t think alcohol should be eliminated from music, he said the two worlds often overlap.

After the suicide of his friend Greg Enlow, an Austin musician, in March 2019, Seymour said he began drinking more heavily to cope with his depression. Eventually, he needed alcohol just to control his breathing.

“It’s weird (because) suicide can almost be contagious,” Seymour said. “I felt like I was just hitting a point where (I was) … self-destructive. It just broke me.”

The pandemic allowed Seymour to focus on his sobriety and mental health.

“Being able to take care of my mental health with talk therapy has enabled me in the pandemic to be in a place to have a conversation with another musician explaining that there is hope and that we will get through this,” Seymour said.

Now a member of the SIMS Foundation advisory board, Seymour uses his experiences as both a client and musician to start conversations and help break down mental illness stigmas within the industry.

Meanwhile, Owen has spent the last four and half years as a recovery coach at Communities for Recovery, exemplifying inspiration and selflessness. The nonprofit organization concentrates on long-term recovery support for people with substance use and co-occurring mental health issues.

“My son Cash died of a fentanyl overdose at 25,” Owen said. “(He) was sober before he died … and I just felt that there was a message there, … to work with people that were struggling with opioids.”