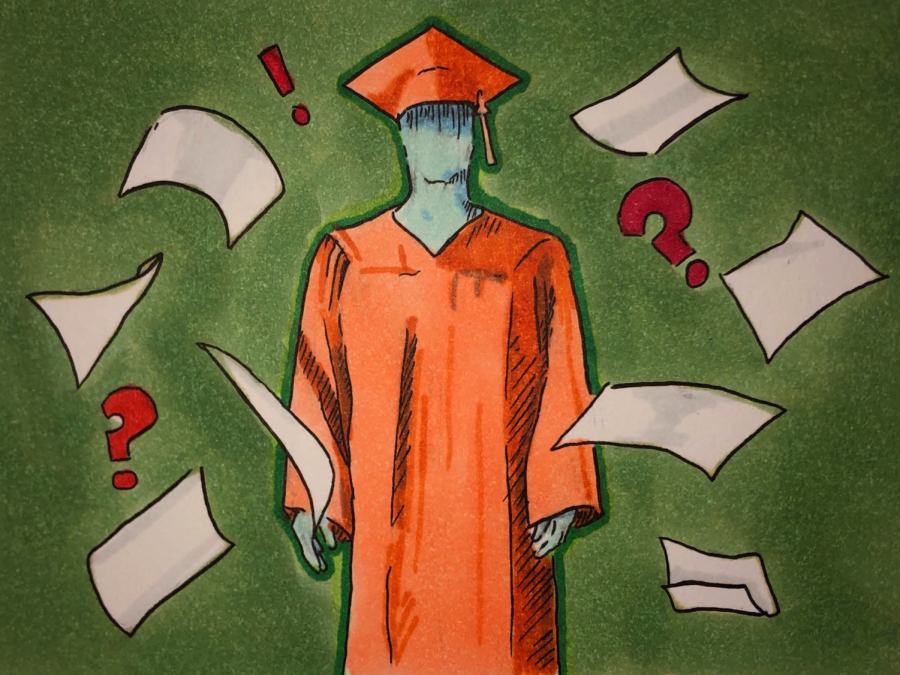 Editor’s Note: This article first appeared as part of the July 13 flipbook.

UT’s Graduate School has decided to switch the default insurance plan for benefits-eligible academic employees from UT Select to Academic Blue, citing concerns about affordable healthcare for students and gaps in coverage. This decision was met with pushback from graduate students who feel the decision is being rushed without attention to student concerns.

Until UT addresses the concerns of graduate student employees made vulnerable by their decision to switch to Academic Blue, the switch must be delayed.

[email protected], a student organization at the forefront of efforts to delay the switch, released an open letter detailing issues graduate student workers have with the decision. The letter expressed concern that UT’s decision to make health insurance premiums taxable was in violation of the Affordable Care Act. On June 17, a month after [email protected]’s letter, the University found out they were in violation and updated their policy to align with the Affordable Care Act.

UT’s Graduate School decided to implement plans without considering they could violate federal law. Clearly, they did not give this decision necessary care before making it.

Hayley, a Ph.D. student and academic employee in the College of Liberal Arts, is insured by Academic Blue this summer. Her last name has been withheld to maintain anonymity.

Hayley is now paying $125 for her allergy shots each month when she used to pay nothing. She’s been an academic employee for a year and will have to remain one for the next two to three years. She has an increased financial burden due to the switch in insurance plans.

Maria Juenger, associate dean for graduate education transformation, said students have about a month-long timeframe where they can go online and change their insurance back to UT Select after the default to Academic Blue on September 1.

“They can go into the system and unenroll from Academic Blue and choose UT Select if they’d like to,” Juenger said. “But it would be a greater cost to them out of pocket if they do so.”

Graduate students will have to pay an additional $314.02 a month if they switch back to UT Select. For students who are already making below a living wage, it is simply an illusion of choice.

Juenger said that the Graduate School is working on a fund that will help students negatively impacted by the switch.

“We don’t want to put obstacles in (students’) way to receiving aid because we understand that health expenses can be very high,” Juenger said. “And we don’t want to have them be hurt by that.”

Juenger couldn’t give me an estimate of the funds available. We cannot expect students to trust the University has their best interests in mind when there is still so much uncertainty. 4,500 UT  graduate students are being impacted by this switch, and there is no set plan in place to protect those who will be negatively impacted before the switch happens.

Juenger says that the decision cannot be reversed.

“There are so many people and offices across [the] UT System and UT-Austin, actively working to manage this change. It’s not a simple thing from an administrative perspective,” Juenger said.

A report from the Austin American-Statesman says that research suggests “65% of graduate students receive stipends of less than $18,000 a year, which is $7,000 below the cost of living calculated by the university.”

It may not be a simple process, but it is imperative. UT must delay the switch from UT Select to Academic Blue.

Roland is an radio-television-film and journalism sophomore from Houston, Texas.