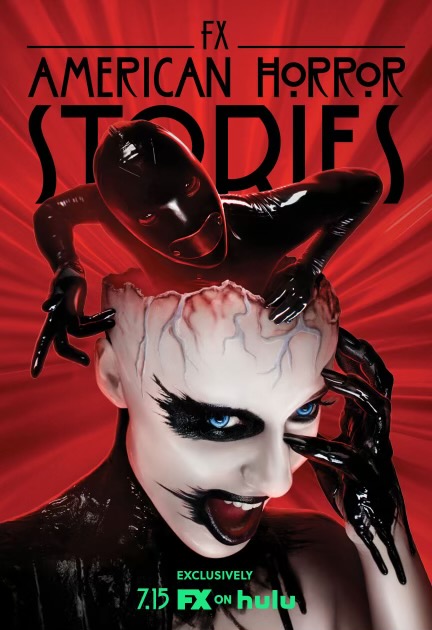 Drive-Ins are coming back with a vengeance on the newest episode of “American Horror Stories.”

HULU series “American Horror Stories” presents a new terrifying story each week set in the world of “AHS,” featuring familiar and brand new cast members from the original series. Naomi Grossman, best known as Pepper from “AHS: Asylum” and “AHS: Freakshow,” stars as a character named Rabid Ruth in the season’s third episode “The Drive-In.” The terrifying tale follows a group of teenagers as they attend a drive-in screening of a forbidden — and cursed — horror film. The Texan spoke with Grossman about her work on the spin-off show and history with the flagship series.

The Daily Texan: How did you get casted in this installment?

Naomi Grossman: I had auditions for it. As with everything (created by) Ryan Murphy, it was very secretive. They changed the name (of the script), some of the storyline in the sides (scripts for auditions). It was about a videogame (instead of a drive-in movie). They do enough to sort of throw you off. I had to fill in certain holes for the audition … the character really wasn’t pitched to me at all but at the same time a lot of the clues were there. Her name is Rabid Ruth. If they haven’t told you how to play (the character) something tells me she’s rabid … obviously I had my actor work to do but a lot of the clues were within the script. In my opinion, that’s a great script; when it doesn’t leave too much to the actor to have to imagine.

The Daily Texan: What was one of your favorite scenes to shoot?

NG: Gosh … it’s hard. This was quick. We shot this over two weeks and that’s no excuse for not having an answer for you. With Pepper I had the course of two years. I had six months (of) shooting in New Orleans to draw upon. To have to come up with my favorite moment in the three days that I was working … I’m so sorry. I don’t have an answer on this one. It was all good. I love me some prosthetics obviously. That was a cool effect that they had. Working with Adrienne (Barbeau) was obviously (a highlight) and the director (Eduardo Sánchez), he directed “Blair Witch.” I got a chance to really meet him and spend some time with him before shooting which never happens in TV (production) … I got some real actor insight from him. It was fun to have my own face out there for once and have my crazy COVID hair really work for me … to get to just scream bloody murder all day in the hot sun. I don’t do that enough.

DT: What is the biggest difference between filming the main show vs. the spin-off?

NG: I mean there’s no difference in my mind. The job is the same as far as I’m concerned. I need to be on time, hit my marks, know my lines and have my means and intentions clear. It’s really absolutely no different. I would say working during COVID is different than working without. … We were tested every 3 days and obviously every day we worked. Masks were on all the time until one second before shooting. … It has also been a while since I’ve been in the Ryan Murphy universe. I don’t know what the main show is like right now. It feels like apples and oranges to me.

DT: Can you talk about the process of filming the scene where your eyeball is stabbed with scissors?

NG: It was pretty cool … I’m trying to decide how to answer this question. Let’s just say my eye is fine and I made a full recovery. I have nothing but unicorns and rainbows about (Manny) Coto and this experience. I’ll be honest, if we had to do that again I might actually have some notes for makeup … but like I said it’s all good. I’m not suing anybody. It looked great and that’s what matters. My vision is important, but at the end of the day the show must go on. As long as we made the shot.

DT: If you could star in your own season of “American Horror Story” what would it be about?

NG: This is so not what I do. First of all, the show is way too dark for me. This kind of stuff doesn’t even come out of my brain. I’ve written my own show that did come out of my brain called “American Whore Story” which is a one woman show. … I’ve gotten Ryan’s greenlight (on that). So we’re good. The point is … I just don’t think it’s my personal sensibility. I will say that this whole (season 10) aliens conspiracy, I am all about. I am 100% behind (it). I personally would play Pepper forever and ever. I could be like Betty White’s age still playing Pepper and I would be happy. If all I’m doing is grunting an episode a week, I’m good.

DT: The fans would definitely love that.

NG: I know I know. They gave her a good goodbye. It’s not like they didn’t do her amazing justice … we can’t be mad about that. Of course we want more.

I feel like I should just mention I will be at a couple Comic Cons. I just did the Houston Horror Film Festival. I’ve got 3 more coming up … I don’t know the (festival names) right off the top (of my head) but if you Google my name and Brownsville, Aledo and El Paso, they pop right up. One is in August, one is in September, and one is in October. I guess I’m big in Texas. Everything’s big in Texas right?